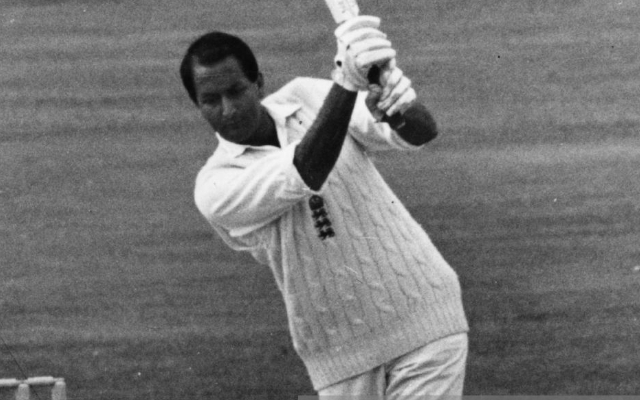 5 reasons which caused the cancellation of International tours

In last few years, Cricket the game has witnessed various issues on the field and off the field as well resulting in damage to the sport.

In some of the occasions, the involving teams went as far as cancelling or abrupting the tours.

The often causes have been Wars between countries, weather issues, security concerns, and financial issues.

On most of the instances, the International tours in troublesome conditions were adjusted accordingly and postponed to a safer period but some faced the abandonment.

Here we look at some rare situations that had a major role in the cancellation of International Cricket tours:

The apartheid policy in South Africa banned the national team from cricket for nearly 21 years (1970-1991). The countries which came in support of South Africa during this period also faced consequences on most occasions. In the second half of 1981, South Africa’s rugby team, Springboks toured New Zealand for three Rugby Tests. This caused a lot of unrest in New Zealand leading to protests but the series went ahead despite Prime Minister asked the NZ Rugby Union from inviting the Springboks.

On the other hand, the New Zealand Cricket team was expected to tour West Indies at the start of 1982. But following the tour of Springboks to New Zealand, West Indies were reluctant to hosts the Blackcaps. Though the New Zealand Cricket Council dissociated themselves from the Rugby tour. The situation in New Zealand at that point caused an impact over Rugby also as the popularity of the sport came down for the next few years until the 1987 Rugby World Cup which they jointly hosted and won.

Bilateral relations between two nations or cricket boards has caused the cancellation of various tours. One of those was Zimbabwe’s tour of England in 2009 due to England’s stand against violence in Zimbabwe. England sought to replace it with a 3-match ODI series and 2-match Test series against Sri Lanka. But the newly started Indian Premier League (IPL) came as a barrier to this tour.

The main players of the Sri Lankan team would be part of the IPL during the time the two Test matches in the proposed tour by the ECB. The Sri Lanka Cricket (SLC) board had given their players a no-objection certificate for three years to play in the IPL. As at the end of the inaugural edition, a total of 12 Sri Lankans held contracts with IPL teams including the likes of Mahela Jayawardene, Kumar Sangakkara and Tillakaratne Dilshan who were expected to be part of that tour.

Hence, Sri Lanka could not go ahead with the Test series but there was a possibility of an ODI series of three matches. The ODI series was placed after the IPL concluded in the proposed schedule. There was a proposal of going ahead with only One-Day matches but the boards of both countries later agreed for cancellation of the tour for involving Test matches as well. West Indies came in to fill the gap in England’s home season.

In recent decades, a lot of tours suffered adjustments to manage the workload of the players which accommodates them to play the T20 leagues around the World. However, a Test tour was completely cancelled owing to workload issue back in the late 1940s itself. England was set to tour India in the 1939-40 season for playing three Test matches in Bombay, Calcutta and Madras respectively. But the tour was called off due to the outbreak of World War II.

In January 1946, the ICC (Imperial Cricket Conference) proposed to reschedule some of the tours which were affected by the World War. They scheduled West Indies’ tour of India in 1946-47 which was later played in 1948-49 while the proposed 1952 Australia’s tour of England held a year later. They also drew England’s tour of India in 1939-40 to be played in the 1949-50 season. But the M.C.C (The governance of England cricket team until 1968) announced the cancellation of the tour in July 1948.

England played 14 Test matches across three countries in the space of 15 months starting with the 1946 home season. This resulted in players suffering fitness issues during their tour of West Indies in 1947-48 season where they played four Tests. Hence, England decided to plan future International tours keeping the workload of the players in mind. As a result, the MCC planned that England would get a rest during the 1949-50 season and thus the tour of India was shelved.

The tours to India, West Indies and New Zealand expected no profits were also played a role in the cancellation of the tour. However, England came to India sooner than expected as they played a 5-match Test series in the 1951-52 season in return for inviting India in 1952. Australia were expected to tour England in 1952 but the series was pushed to 1953. Hence, India filled up the slot in England’s 1952 home season by featuring in a 4-match Test series.

2. Selection of a non-white player

Basil D’Oliveira, the non-white South Africa born, represented the country’s non-white team in Cricket and Football. He later moved to England in 1960 where he featured in the Central Lancashire League with help of John Arlott and John Kay. Basil got into the Worcestershire team in 1964 and became the British Citizen. This gave him the eligibility to play for the England national side which eventually happened in 1966 for the home series against West Indies.

In the first two seasons, he aggregated 572 runs at an average of 52 but scored only 137 runs during the 5-match Test series in the West Indies during the 1967-68 season. But the breakthrough to his career came during the 1968 home Ashes where he was the player of the match despite Australia’s victory in the first Test in Nottingham. Later, he smashed 158 at The Oval to help England win the game and draw the series.

But a week later, D’Oliveira was left out of England’s touring squad to his home country South Africa towards the end of the year. South Africa was under apartheid at that point and inclusion of Basil, a non-white, could’ve drawn political tension. Hence, England omitted the all-rounder from their squad to ensure the tour went ahead. But Basil received a lot of sympathy in England including from the officials who were behind the selection process.

In the turn of events, D’Oliveira was picked in place of Tom Cartwright who failed one of the two fitness Tests he underwent on 16th September (1968). Cartwright was a bowler who could bat but there were no proper alternatives for him. Hence, the selectors chose Basil who is a handy medium-fast bowler which was officially announced on the next day. On the same night, the South African Prime Minister John Vorster told that they would not accept the England side if D’Oliveira was part of the touring party.

He even gave names to the England squad containing the South Africa-born and went on to call it the Anti-Apartheid Movement team. The M.C.C. took a firm stand of including the all-rounder and were prepared to call off the tour if it is not accepted. Things didn’t change as a result, on 24th September, the M.C.C. announced about calling off the tour. In 2004, it was decided that the Test series between England and South Africa played for the Basil D’Oliveira Trophy in the honor of South African born English cricketer.

India’s tour of Pakistan in 1984 began with the first game of the 3-match ODI series in Quetta. That game was won by Pakistan as they bowled out the visitors to 153 after posting 199 in the restricted 40 overs. Later, the two teams clashed off in the first two matches of the 3-match Test series; both ending in a draw. India were pushed to follow-on in the Lahore Test where they batted out the last two days to save the game.

India bounced back in Faisalabad where they posted 500 while batting first but Pakistan replied with a mammoth total of 674 to draw this match as well. Ahead of the series decider in Karachi, the remaining two ODIs were sought to be played in Sialkot and Peshawar respectively. India put on a solid total of 210/3 in the limited 40 overs after they were put into bat.

Dilip Vengsarkar smashed an unbeaten 94 off 102 balls while Sandeep Patil scored 59 during the 143-run stand for the 3rd wicket. On the very day (October 31, 1984) the then Prime Minister of India, Indira Gandhi was shot by her bodyguards in the morning and was declared dead around 2:20 PM IST. The news reached Sialkot by innings break and the officials decided to call off the tour including Pakistan’s chase in the 2nd ODI.

India returned home leaving the tour incomplete with a Test, an ODI and Hanif Mohammad Benefit match still to be played. The tour getting called off was quite unusual as the death of a high profile person during a cricket match was quite rare and moreover, the assassination happened in the touring country. A month later, Percy Norris, the then British Deputy High Commissioner was shot dead in Bombay.

The incident happened about 24 hours before the first Test between India and England to be hosted by Bombay only. The officials, however, decided to carry on with the tour and England claimed the 5-match Test series by 2-1 margin despite losing the Bombay Test. Bizarrely, last official function of Percy Norris was to host a party involving the India and England teams on the first day of the Test.