After FIR, Yuvraj Singh responds over his ‘bhangi’ comment for Yuzvendra Chahal 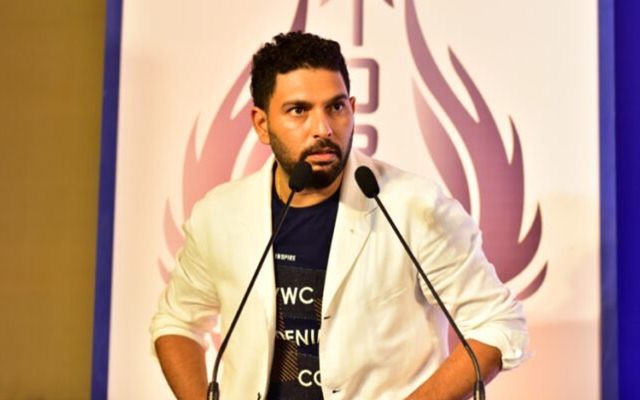 Yuvraj Singh has been in troubled waters multiple times during this lockdown. Recently police complaint was also filed against the former India cricketer

His controversial comment on Yuzvendra Chahal during his live session with Rohit Sharma went viral .Previously, he had to face the backlash on Twitter for supporting Shahid Afridi Foundation.

It all started with a two-month-old clip of Rohit and Yuvraj’s live session going viral on social media.

In the video, Yuvraj could be heard referring Chahal as ‘bhangi’ funnily for his repeated appearance on various live sessions of cricketers.

Both the cricketers ridiculed the leg-spinner for his TikTok videos as well.

For the unversed, Chahal has been trending on TikTok over the last few months and also included his family in those videos.

Coming back to Yuvraj Singh’s comment, he had said, “Ye bhangi log ko Yuzi ko koi kaam nahi hai. Yuzi ne dekha kya video daala apni family ke saath.” (This roughly translates to – These ‘bhangi’ people Yuzi has no work. Did you see his video with his family?) Bhangi is referred to the one who is sweeper or scavenger being a member of one of the lower untouchable castes.

This didn’t go down well with many on Twitter and soon #YuvrajSinghmaafimaango started trending earlier this week.

I have never believed in any kind of disparity, tells Yuvraj Singh

Yuvraj Singh, amidst the outrage, released a statement on his official Twitter handle on Friday.

He stated that he has never believed in disparity in any of the castes and respects each and every individual.

The 38-year-old also admitted to the fact that his comment has been misunderstood and he never intended to hurt anyone’s feelings.

“This is to clarify that I have never believed in any kind of disparity, be it on the basis of caste, colour, creed or gender.

I have given and continue to spend my life for the welfare of the people.

I believe in dignity of life and respect each individual without any exception. I understand that while I was having a conversation with my friends, I was misunderstood, which was unwarranted.

“However, as a responsible Indian I want to say that if I have unintentionally hurt anybody’s sentiments or feelings, I would like to express regret for the same. My love for India and all its people is eternal, he wrote in his tweet.