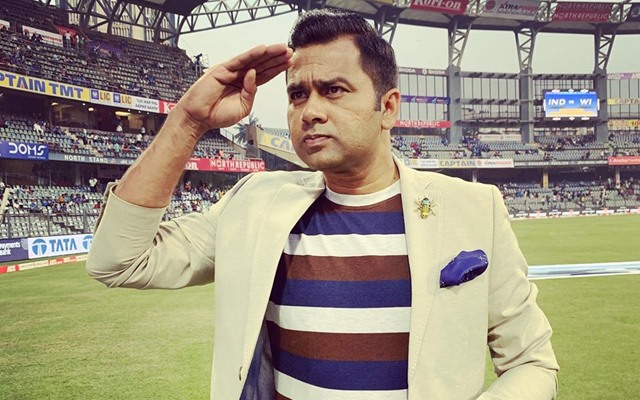 The just concluded 13th edition of Chennai Super Kings (CSK) saw a disappointing performance Indian Premier League (IPL 2020). His ship had several holes, as a result, the Super Kings finished second in the points table and failed to qualify for the first time in their 10-year history in the tournament.

Former Indian opener and cricket analyst Akash Chopra made a detailed analysis of the Yellow Army and discussed their strengths and weaknesses. Chopra feels CSK had more problems than strength and could demonstrate his passion for victory at the end of the tournament, as he won his last three matches of the IPL 2020.

He said, ‘Chennai Super Kings had more problems than strength. This team definitely has the experience and the desire and habit to win and in the end the passion was seen, ”Aakash said in the video uploaded on his Facebook page.

Speaking about the flaws in the team, the former Kolkata Knight Riders (KKR) player said that the team should name replacements for Suresh Raina and Harbhajan Singh, who opted out of the league due to personal reasons. He also emphasized that the poor form of players like MS Dhoni, Kedar Jadhav and Ambati Rayudu alleviated the team’s misery.

“Suresh Raina and Harbhajan had their names withdrawn and the team had not taken a replacement for them, then the COVID-19 positive patients were found, they did not have a good start, MS Dhoni did not fire with the bat.” Chopra said.

He said, ‘He was very ordinary during fielding and there were some problems in bowling too. Kedar Jadhav, Ambati Rayudu and Murali Vijay not having the old form was a problem.

Akash Chopra says, “I am not able to tell a lot of strength

The noted critic further stated that the team had a lot of shortcomings and that some tough calls need to be made in IPL 2021 to be strong again. He should remove some players from the team who have not played competitive cricket for a long time.

“I am not able to tell too much power, I am telling most of the problems which are too much. They had one and a half to two dozen problems with which they were surrounded, one after the other. The great thing is that if it goes on like this, Chennai Super Kings will have to bid goodbye to players who have not played competitive cricket for a long time. “

"Shane Watson has already gone and in my opinion, Imran Tahir Will also go. I think this team will also have to say goodbye to Kedar Jadhav and I would not be surprised if he does not live with Murali Vijay either. "

The 43-year-old signed on saying that the Super Kings have many players who are not playing in the Indian Premier League (IPL) and certainly not for CSK if they need to get back strong.

"I think there are a lot of players in Chennai Super Kings who might not look to play again and definitely are not in this team." Akash Chopra concluded.

Shreyas Iyer has got the ability to lead India one day: Alex ...