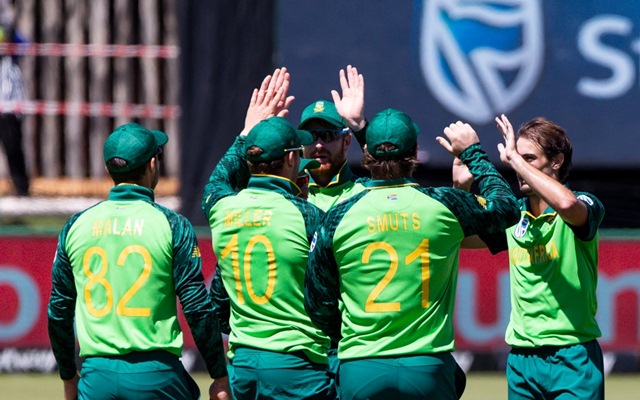 South African cricket has been battling concerns ahead of its ODI and T20I series against England, starting on Friday 27 November. The cricketers tested positive for COVID-19 after one of their 24-man squad, another cricketer, on Friday 20 November. , Succumbed to coronovirus.

The player’s name has not been revealed and has been sent in isolation. Cricket South Africa revealed the revelation through a statement. Due to the latest turn of events, their intra-squad match on 21 November also had to be called off.

The Proteas Cricket Board said the matter was “unrelated to the former” and the cricketer was given “separate, suitable accommodation with immediate effect”.

The Hindustan Times report said, “Cricket South Africa wants to reiterate that it will not release the names of the affected players due to doctor-patient confidentiality”.

“Team management and Cricket South Africa (CSA) are in full dialogue with their counterparts at the England Cricket Board (ECB) to ensure complete transparency and the most responsible plan for further action.”

Not having a practice match, Stephen Tait and Marco Marais, who were called to assist the team, will not join the team.

Meanwhile, England players have tested negative when they reach Cape Town. The three Lions are set to play their warm-up match at Newlands on Saturday. On Monday 23 November, the Brits will participate in another practice game at Boland Park in Pral.

In fact, Cape Town and Parle are hosts to three T20Is and several ODIs. Earlier this year, England toured the African nation and won the T20I and Test series. Amid the COVID-19 pandemic, the team has already played a home series against the West Indies, Pakistan, Ireland. Australia. Some of his players are also refreshed by playing in the 2020 edition of the Indian Premier League (IPL).

South Africa, on the other hand, has been involved in boardroom disputes and coronovirus concerns. Mark boucher, His head coach also had coronovirus earlier this year, but was able to recover somehow.