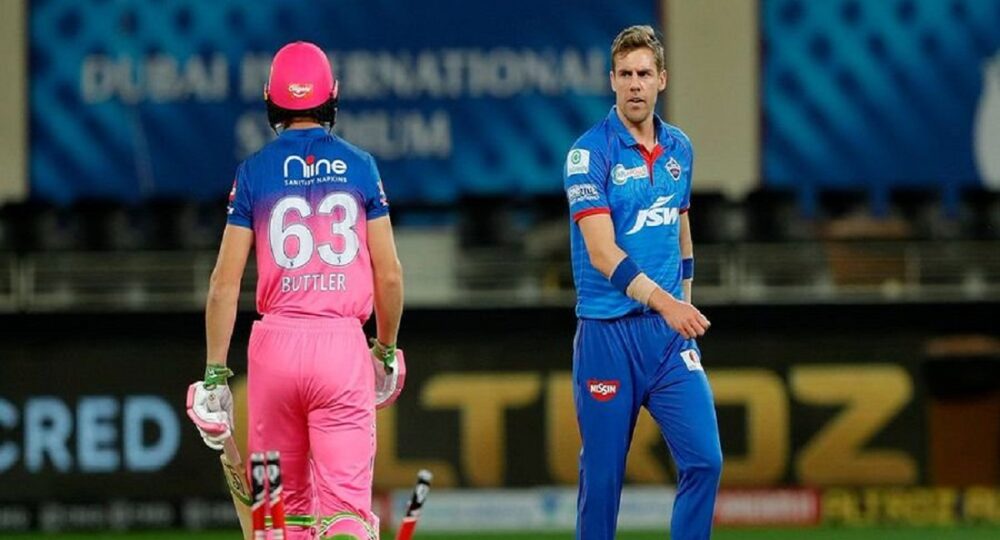 Anritch Nortje breaks the record for the fastest ball bowled by a bowler in IPL Cricket History ever with a delivery of pace 156.2 kmph
imrhjatofficial
0
237

Anritch Nortje breaks the record for the fastest ball bowled by a bowler in IPL Cricket History. It was paced at 156.2 kmph while the previous best was by Dale Steyn in for Deccan chargers at 154 kmph.

During the match 30 of IPL 2020 between Delhi Capitals vs Rajasthan Royals the 5th delivery by Nortje to Buttler which went for FOUR was paced at 156.2kph which is now the fastest delivery by any bowler in IPL history.

Before Nortje, Dale Steyn While playing for Deccan Chargers in 2012, he clocked at 154.40 kmph that remains the fastest ball ever bowled in the history of the league.

After 8 Years A Nortje broke his record with a 156.2 kmph ball to buttler.

Fastest Ball in the history of IPL:

He was released by the Kolkata Knight Riders ahead of the 2020 IPL auction. In August 2020, Nortje joined the Delhi Capitals as a replacement for Chris Woakes in the 2020 Indian Premier League.