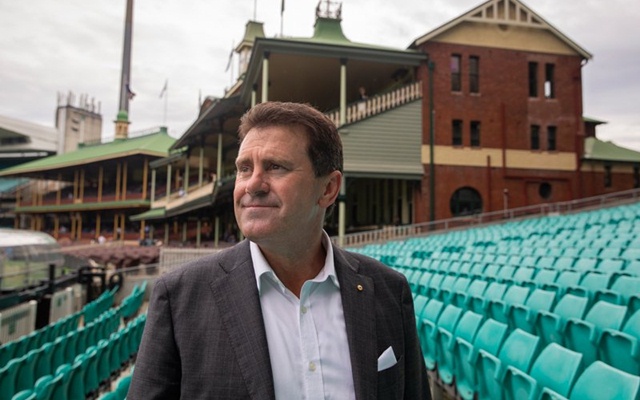 The Coronavirus pandemic has disrupted the whole international calendar. The T20 World Cup scheduled to be played in Australia in October-November is likely to be postponed next week during the ICC’s board meeting. And most probably, the BCCI will organise the Indian Premier League (IPL) in the window. However, in that case, the tournament clashes with Australia’s domestic season.

The anticipated move has already been opposed by former Australia cricketer Ian Chappell who believes that Cricket Australia (CA) shouldn’t release its star players for the cash-rich league. He also felt that it is a chance for the world to stand up and show that it isn’t pushed around by India. Stating that Chappell had a very good point, former Australia cricketer Mark Taylor believes CA will have quite a tough task going ahead.

He also mentioned that the Australian cricket board would possibly look to keep the BCCI happy as team India is scheduled to tour down under in November-December. Moreover, the board’s financial health is dependent on the tour as $ 300 million are expected only from the broadcast.

“It’s going to be a juggling act firstly for the players but also for the boards because the Cricket Australia board will want to keep India happy. They may want to let the players go to India if the IPL goes ahead because they want India to come here this summer and play, which will be our biggest summer in terms of dollars,” he said while speaking Channel Nine’s Sports Sunday Programme.

Meanwhile, there is no official confirmation from the BCCI over their willingness to host the IPL in place of the T20 World Cup. There have only been speculations and reports with the comments of the officials stating the possibility of the T20 league taking place later this year. The top brass of the board, meanwhile, has continued to mention that they are monitoring the situation.

India has entered in the fourth phase of its lockdown with the sports complexes open for individual training. But the Indian cricketers are yet to resume their training with the BCCI yet to instruct them over the same.