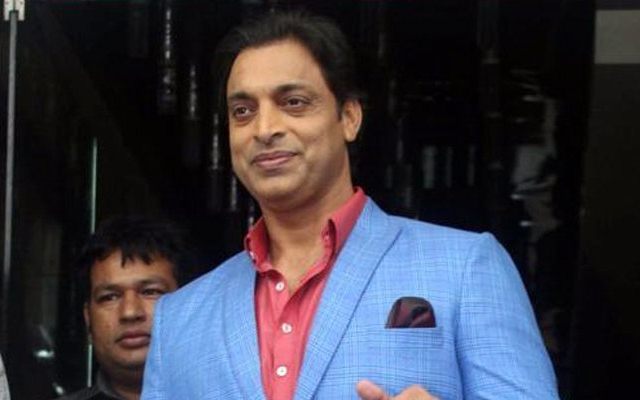 Australia government will decide the fate of the T20 World Cup, not ICC: Shoaib Akhtar

The upcoming T20 World Cup in Australia is under the threat because of the ongoing Coronavirus pandemic around the world.

Though the COVID-19 cases in the country are reducing with every passing day, the stakeholders feel it would be highly risky to bring cricketers from 16 countries together.

The tournament is scheduled to commence on October 18 and will go on until November 15.

The ICC was supposed to take a final call on the matter last week but it has deferred it to June 10. Even the Cricket Australia (CA) chief seemed resigned to the fact that the mega event will get postponed. Reports also surfaced that the BCCI is working behind the scenes to cancel the World Cup this year and replace it with the Indian Premier League (IPL).

However, the former Pakistan cricketer Shoaib Akhtar reckons that the Australian government will take the final on hosting the much-awaited tournament and not the ICC, CA or the BCCI.

He also went on to say that Australia’s government will not pay heed to any outside pressure and will do what is best for the health of its people. He also said that they will not take decisions based on what the BCCI wants.

“I don’t think the ICC, Cricket Australia or BCCI can do anything about it. This decision will come from the Australian government.

The policies of the Australian government will decide when the World T20 is held.

And I know for the Australian government the health of their people is first without paying heed to other forces,” Akhtar was quoted as saying by Hindustan Times.

What did CA CEO say about the T20 World Cup?

Last week, the Cricket Australia CEO Kevin Roberts admitted that the T20 World Cup is under high risk at the moment.

He also conceded that the board was hopeful of hosting the tournament in March but things haven’t gone as planned in the last couple of months.

“Obviously, we’ve been hopeful all along that it could be staged in October-November but you would have to say there is a very high risk about the prospect of that happening.

In the event that that doesn’t happen, there are potential windows in the February-March period, October-November the following year. And there’s implications here for the ICC over a number of years.

So there’s a lot of complexity for the ICC to deal with,” he had said.

MS Dhoni likes to sit with everyone ...

MS Dhoni likes to sit with everyone ...