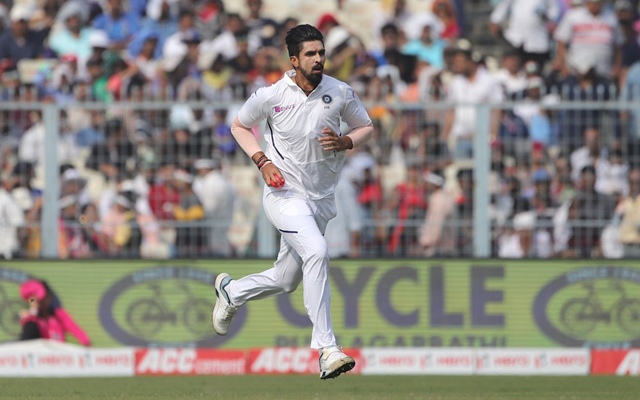 Australia vs India: Ishant Sharma bowled for a long time, preparing fully to recover before the Test series

Ever since the IPL 2020 began, Team India has been suffering from injuries to its star players. Rohit Sharma, Rishabh Pant, Wriddhiman Saha, Ishant Sharma, all of them got injured during the tournament. As the Australian tour continues, Ishant Sharma’s fitness is a major concern for the Indian team which has already reached Australia. However, he has finally received a good news as Lankai Pesar has started bowling again.

Soon after his exit from the IPL, Ishant was instructed to join NCA to work on his fitness. In particular, he is an integral member of the Test team and has represented India in 97 Test matches so far. Ishant Sharma was ruled out of the IPL as he had abdominal muscle soreness during the practice session. He was not named in the Test squad but the BCCI announced that he could be included in the squad once he was fit.

He is currently working under the guidance of Rahul Dravid, NCA Head. As per ESPN Cricinfo’s report, the veteran Pacer bowled a long spell and looked in great touch. He is regaining his fitness at the right time as the Test series starts on 17 December and despite mandatory quarantine, he has a good 15 days to regain his fitness.

Ishant Sharma bowled for a long time in his best effort

Ishant Sharma’s importance is understood in such a way that both chief selector Dilip Joshi and NCA head were present at the stadium to monitor his progress. He was bowling on practice pitches during the innings of a corporate game. He bowled for 45 minutes during the innings break and for an hour at the end of the game.

Apart from bowling at his full tilt, Ishant also worked in a short fielding session and ‘he looks really good’. The fast bowlers are known for long spells and their record in Australia has always been impeccable. If he can make it, this will be his fifth Australian tour. Also, as the use of saliva has been banned by the ICC, the importance of bowlers who can bowl for a longer period of time has made conditions difficult for bowlers.