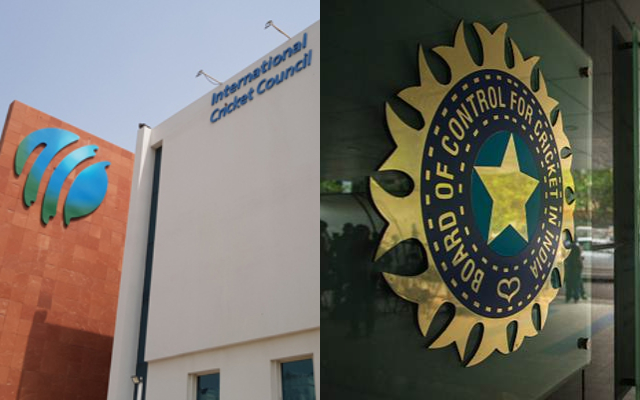 ICC’s general counsel and company secretary Jonathan Hall has asked his counterpart in the BCCI to mention the efforts that India is making to get a tax solution for the upcoming two events. Amid this tussle between the two giants, an ICC spokesperson has revealed that both the bodies are currently trying to simmer down to a solution.

“The ICC and BCCI have been working in partnership to address the issue of tax exemptions for ICC events that is a requirement of the host agreement signed by all parties at the beginning of the cycle in 2015 and this work is ongoing,” an ICC spokesperson as quoted by Times Now.

“There are certain timelines within the agreements that we collectively work towards to ensure we can deliver successful world-class events and continue to invest in the sport of cricket. In addition to this, the ICC Board agreed on clear timelines for the resolution of the tax issues which we are guided by,” the spokesperson added.

The BCCI has been trying to get the central government involved in this matter. However, over the last couple of months, the government has been busy in the national lockdown which has been enforced to tackle COVID-19 outbreak.

ICC chairman Shashank Manohar and chief executive Manu Sawhney have been in constant touch with BCCI president Sourav Ganguly and secretary Jay Shah. However, the top officials of the BCCI didn’t like the tone of an email which was sent by Jonathan Hall, which mentioned that the Indian cricketing body did not adhere to timelines involving tax exemptions of the agreement.

However, a senior BCCI official revealed that it’s the Indian government which decides the tax structure and the possibility of an exemption. He also cited the example of Formula One where the tax exemption was not given by the government.

“The tax structure is not decided by the BCCI but by the Indian government. It is our government that decides whether the exemption will be possible or not. For the record, Formula One also wasn’t given tax exemption,” a senior BCCI official said.