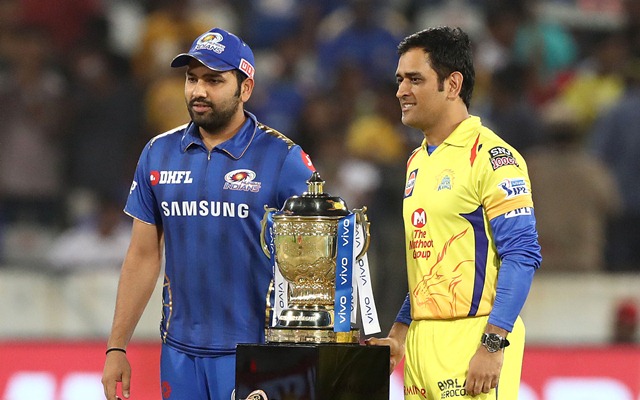 IPL 2020 has been the talk of the town. Earlier, BCCI suspended the tournament for an indefinite period amid COVID-19 outbreak. But now, there are speculations that it might be organised in October-November window.

However, the BCCI is currently waiting for the postponement of the T20 World Cup that is scheduled to begin in October. Now, Arun Dhumal has come out and said that the board will look to stage IPL if and only if the slot is available.

The 13th edition of cash-rich league was set to begin from March 29. But the Indian board postponed it to mid-April due to the coronavirus pandemic. Afterwards, the Indian government extended nationwide lockdown to May 1. And, the BCCI was left with no other option but to suspend the league until any further notice.

‘It all depends on what the Australian government’: Arun Dhumal

If the cash-rich league doesn’t get organized in the ongoing year then Indian cricket board will have to suffer a big loss off and around 4000 crores. Meanwhile, the reports in Australian media suggested that BCCI, who is one of the influential cricketing body, will look to push the T20 World Cup further to get a slot available for IPL.

Now, Arun Dhumal has said that they will not recommend any kind of proposal in the meeting and it will be ICC’s decision that if they want to go ahead with mega-event or not. “Why should the BCCI suggest postponing the Twenty20 World Cup? We’ll discuss it in the meeting and whatever is appropriate, (the ICC) will take a call,” Dhumal told Reuters.

As per him, the Australian government is expected to play a key role in ICC’s decision. It will be interesting to see if they will organize such a massive tournament without spectators.

“It all depends on what the Australian government says on this – whether they’d allow so may team to come and play the tournament. Will it make sense to play games without spectators? Will it make sense for CA to stage such a tournament like that? It’s their call,” he added.