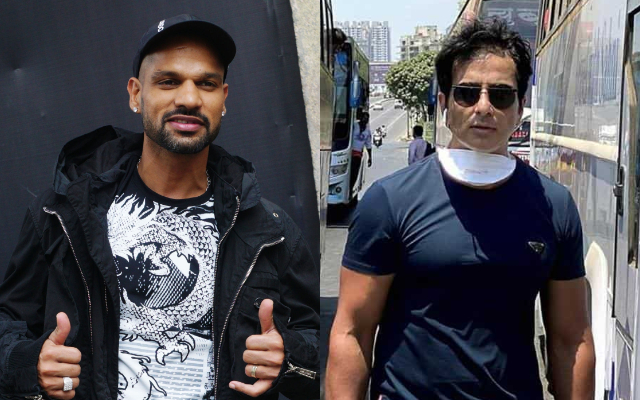 The Coronavirus pandemic has continued to affect the human lives across the world. India is one of the most affected countries by the virus and has so far registered 1.4 lakh cases with more than 4000 people losing their lives. The number is shocking despite the country being in lockdown since March 24. Moreover, the migrant workers have suffered the most due to it as they are left with no work and no way to reach their homes.

With all the transport stopped, a lot of them reached their state by walking a long way. And unfortunately, it is still happening with a lot of helpless workers walking their way to reach their home and meet their families. While not much can be done to change their situation but some kind people have led the way by providing them with the required food and water.

However, one man who has won all the hearts with his gestures during this lockdown is Bollywood actor Sonu Sood. He has been helping the migrant workers to reach their home by arranging hundreds of buses and has also distributed food and groceries to the poor and needy people with the help of his childhood friend Niti Goel.

Acknowledging his efforts, Shikhar Dhawan, on Monday, lauded Sonu Sood for helping the people during these tough times and also saluted him. “A big salute to you @SonuSood for your heroic efforts in making sure stranded migrant workers get to reach their homes,” he tweeted.

A big salute to you @SonuSood for your heroic efforts in making sure stranded migrant workers get to reach their homes. 🙏🏻👌🏻

Sonu Sood, meanwhile, speaking to BBC, on Monday stated that he was absolutely sleepless after looking at the migrant workers walking to go to their home. He also informed that his team is distributing food and groceries to 45000 people in slums every day.

“It gave me sleepless nights when I saw visuals of people walking hundreds of kilometres to reach their villages. We started in March by distributing food, we started with 500 packets of cooked meals and groceries. Today we are distributing food and groceries every day to 45,000 people in slums, those stranded on the roads and those walking on the highways,” the actor said.

‘When your parents don’t pay your mobile phone bill’ – All rounder ...