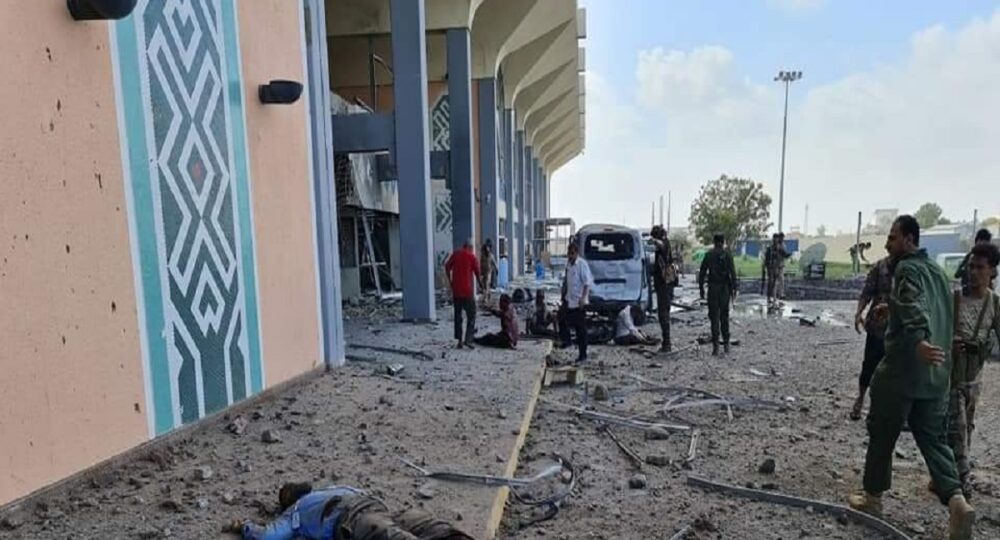 Yemen Blast : Atleast 10 Killed in the yemen bomb blast and dozens are injured after the arrival of a plane carrying the new unity government landed on airport.
imrhjatofficial
0
202

Yemen Blast : At least 10 people have killed in heavy explosions that rocked Yemen’s Aden airport shortly after the arrival of a plane carrying the new Cabinet members land according to preliminary figures.

The ministers, headed by Prime Minister Maeen Abdulmalik Saeed, were returning to Aden after being sworn in last week as part of a reshuffle following a deal with rival southern separatists.

Yemen’s internationally recognized government has worked mostly from self-imposed exile in the Saudi capital of Riyadh during the country’s years-long civil war.

According to Sources, the Massive blast at Aden Airport in Yemen, reportedly caused by mortar attack.

In recent months, the rebels have stepped up attacks on Saudi Arabia — including its critical oil infrastructure — in retaliation for the Riyadh-led military campaign.

Yemen also still hosts a significant jihadist presence, including Al-Qaeda and militants loyal to the Islamic State group, despite two decades of air and drone strikes by the United States.

Al-Qaeda in the Arabian Peninsula (AQAP), which the US considers the terror group’s most dangerous branch, has thrived in the chaos of Yemen’s civil war between pro-government forces and the Huthi rebels.

It has carried out operations against both the Huthis and government forces.