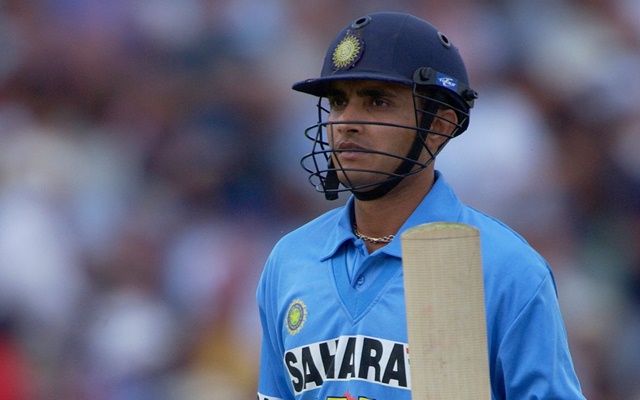 Sourav Ganguly, the former Indian cricketer, reckons that being able to adapt to changes is among the key qualities of being a leader. Dada, as he is popularly known, is one of the best captains India have ever produced. He took over when cricket in the country was marred by all sorts of controversies. However, after India beat Steve Waugh’s Australia 2-1 at home, things turned around.

In 2003, Ganguly also captained Team India to the final of the World Cup in the African continent. Sourav, who’s currently the president of the Board of Control for Cricket in India (BCCI), said that even captains are prone to mistakes. He reckons that the errors help them to be better versions of themselves. Moreover, Ganguly said how failures are a stepping stone to success.

The greatest of the leaders make mistakes: Sourav Ganguly

Also, Sourav feels that a captain should always back the talent of the team members. He was of the opinion that trying to change Rahul Dravid into Yuvraj Singh or vice-versa can turn out to be a disaster.

“Adaptability is one of the key leadership qualities. A leader should tap the natural talents of the team members. You cannot make Rahul Dravid act like Yuvraj or make Yuvraj be Rahul Dravid,” Ganguly was quoted as saying on Unacademy while giving a lecture on leadership.

“The greatest of the leaders make mistakes, but as long as the intentions are right, everything else will fall into place. You should learn from your own mistakes and leave them behind to be a better version of yourself. Don’t let your losses get you down, that’s a part of growing up. Learning from failures will lead you to success,” he added.

Ganguly and Dravid’s career started peaking at the same time after the Lord’s Test against England in 1996. However, Rahul’s career extended until the 2010s while Ganguly retired before that. As far as Yuvraj is concerned, he made his debut under Ganguly in the 2000 Champions Trophy.

There he got a half-century against Australia and there was no looking back for him. In 2007, he became the first batsman to smash six sixes in an over in T20Is. Then in 2011, he became the Player of the Series in the 2011 World Cup. Last year, he hung his boots from cricket.