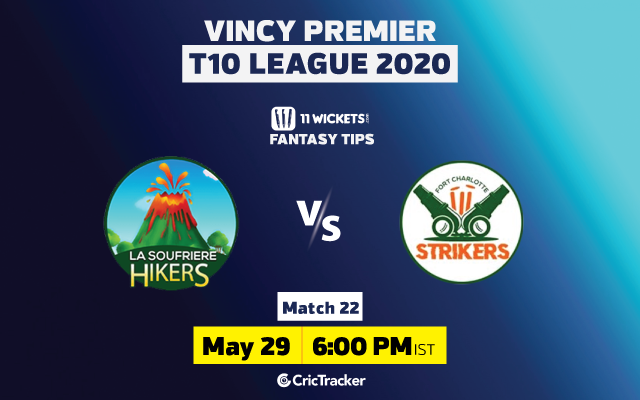 The 22nd match of Vincy Premier T10 League 2020 will be played between La Soufriere Hikers and Fort Charlotte Strikers at the Arnos Valley Sporting Complex in Kingstown.

Fort Charlotte Strikers is finding hard to get onto the winning track since the beginning of the tournament. They have suffered five consecutive defeats in the tournament and Strikers are still looking out for their maiden win in Vincy T10 League. They have suffered due to the poor form of their players in a different department of the games. And, if they want to win the encounter then they will have to fill all the voids in the side before taking the field against La Soufriere Hikers.

On the other hand, the Hikers look on track and they have performed extremely well. They have a strong batting line up that comprises of Salvan Brown, Dillon Douglas, Derson Maloney, who will look to click knocks and help their side in winning their second consecutive match.

The chances of rain are quite high on the match day and it might abandon the game as well. The wind will be blowing at a rate of 22 to 28 km/hr. Meanwhile, the temperature will deviate between 26 and 29 Degree Celsius throughout the day according to Accuweather.

The track at Arnos Valley Sporting Complex is expected to go in favour of the batsmen in the first half of the match. It is observed that the side batting first has managed a good total on the scoreboard. And, the chasing team has ended up going past that score on most of the occasions. So, the side winning the toss will look to bat first to be on the safer side.

Sealroy Williams is a brilliant all-rounder and he was asked to open the innings in the previous game for Strikers. Although, he failed to score he is expected to come out with some impressive show in the upcoming match. Salvan Browne and Dillon Douglas will also play a crucial role in any fantasy side as far as their batting form is concerned. Kirton Lavia is a fine all-rounder and he should not be ignored while picking fantasy side. 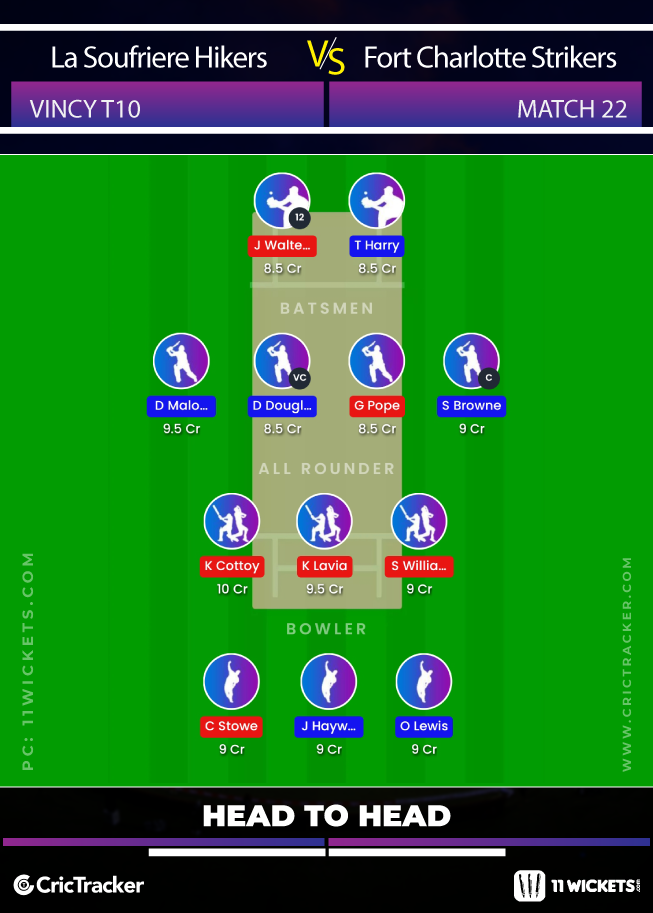 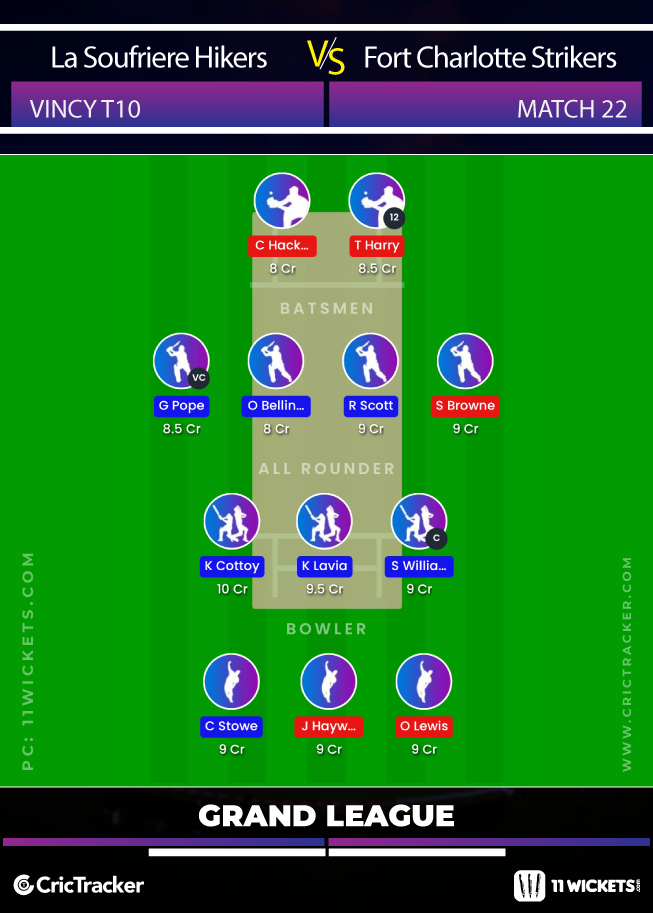 (Note: Players with 9 credits or less can only be chosen as the 12th man. This feature will only come into play if one of 11 players of your team is not the part of the playing XI.)

Gidron Pope is still due to notching a worthy performance with the help of his willow. He might look to click one of his best knock in the final game of Vincy T10 League 2020 and end his campaign on a high note.

La Soufriere Hikers are expected to win the match