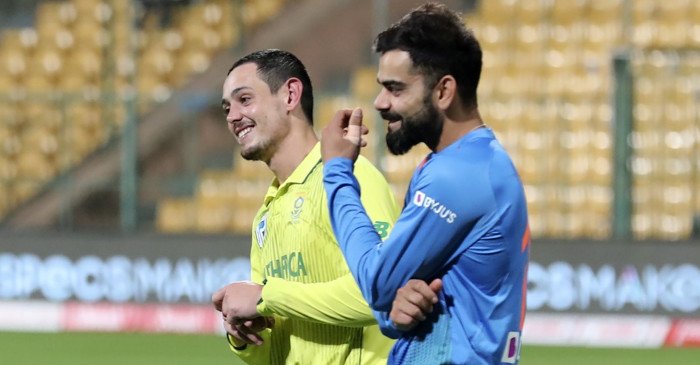 Cricket South Africa (CSA) is hopeful that Team India will tour the country in late August to mark the resumption of cricket in the wake of the coronavirus (COVID-19) pandemic. The plan is for the teams to compete in three T20Is behind closed doors, possibly in a sanitised accommodation, training and playing bio-bubble.

Graeme Smith, CSA”s Director of cricket, said that they are also in constant touch with the Board of Control for Cricket in India (BCCI) regarding the same.

“We have been talking to them, and the commitment is there to get the three T20s done,” Smith said at a news conference on Thursday. “There is an element of guesswork, and no-one knows what things will be like at the end of August. But we believe we are a socially-distanced the sport and that we can play behind closed doors.”

CSA”s acting chief executive Jacques Faul told a virtual media briefing on Thursday that the BCCI is keen to honour its commitment to tour the country.

“India wants to honour its agreement. If it’s postponed, maybe a bit later,” Faul said. “We’ve had a very good discussion with them.”

It is believed that the reason India agreed to tour South Africa was to arrest the board’s financial slide. Ahead of the 2019-20 season, the CSA is estimating losses worth USD 36 million over the next four years. Provided the tour goes ahead, it might affect South Africa’s series against West Indies which is scheduled to begin from mid-July. In that case, there is a possibility that the series might be moved to a later date.

Well, Virat Kohli & His s last international assignment which got interrupted due to the outbreak of the novel coronavirus was against the Quinton de Kock-led Proteas side in mid-March. While the first game was abandoned due to rain in Dharamsala, the next two games in Lucknow and Kolkata were called off.