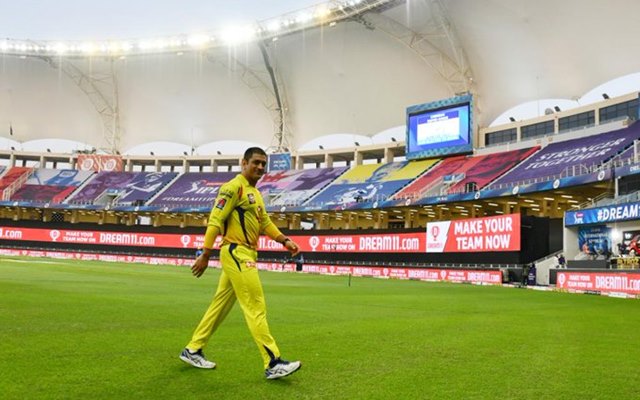 Former cricketer and commentator Akash Chopra is back again with his expert analysis, and this time, it revolves around Chennai Super Kings and MS Dhoni. Chopra explained in a small surprise sequence of statements how CSK should not retain their champion captain Dhoni for the 14th edition of the Indian Premier League (IPL).

He said that if there is a mega auction before IPL 2021, then the yellow army should be allowed to go to the backbone of the team. As per the player retention scheme, if CSK hands over to its talisman leader MS Dhoni, a huge sum of Rs 15 crore will be taken away from their budget.

After spending such a handsome amount on MS Dhoni, the team will not be able to elevate their team from scratch, the former opener believes.

He further said that CSK should send Dhoni to the auction and take it back to his pool through the ‘Right to Match’ card. The money saved can allow the Super Kings to plan their squad right from the start.

“I think CSK should go to MS Dhoni in the mega auction, if there is a mega auction, you will be with that player for three years.” But will Dhoni stay with you for three years? I am not saying that Dhoni will not stay, he will play the next IPL, but if you keep him as a retainer, but you have to pay Rs 15 crore, ”Chopra said in his video on Facebook.

Chopra emphasized the fact that if the Ranchi team does not progress further after 2020 in the 15th season, the amount of Rs 15 crore will be returned to the team.

Dhoni said, ‘If Dhoni does not live with you for three years and he only plays the 2021 season, you will get Rs 15 crore back for the 2022 edition, but how will you get a player of Rs 15 crore? This is the benefit of mega auction, if you have money then you can make a big team.

Chopra said, “If you release Dhoni for the mega auction, you can select him with the Right to Match card, and select the right players by paying the desired money in your kitty.”

the former KKR The player also said that out of all the teams in the IPL, CSK needed a mega auction, as they could not make the playoffs after their failure in the recently concluded IPL season.