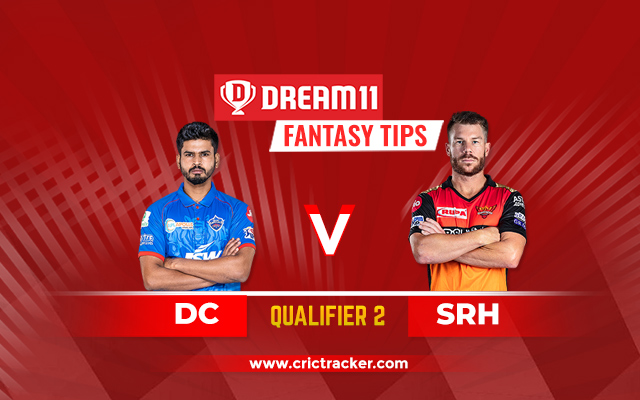 Qualifier of 2 Indian Premier League (IPL) 2020 will be played at the Sheikh Zayed Stadium in Abu Dhabi between the Delhi Capitals and Sunrisers Hyderabad.

The game is scheduled to begin at 07:30 PM IST (06:00 PM local time) (02:00 PM UTC). The game will be broadcast on Star Sports Network (available in English, Hindi, Telugu, Tamil, Kannada and Bengali). Also, live streaming will be available on Disney + Hotstar.

It is a Super Sunday in IPL 2020 when we get our second final of the season. Delhi Capital (DC) and Sunrisers Hyderabad (SRH) will put horns against each other in the second qualifier. SRH, led by David warner, Has gained momentum after winning four matches on pace with him and one of his thumping wins has also come against DC. He defeated Royal Challengers Bangalore (RCB) in a low-score thriller in the Eliminator.

On the other hand, DC were at the end of an all-out contest at the hands of Mumbai Indians (MI) in the first qualifier. Finishing the league stage in second place saved them and gave them yet another chance to advance to the finals. However, a lot needs to be sorted out for the Capitals before they hit the ground on Sunday. Both his batting and bowling have suffered and lost all their X-Factors and a special effort will be needed to defeat SRH.

The sky will be clear for this game and there is no possibility of spoiling the party due to rain. During the middle action, the temperature will be around 29-30 ° C.

A slow pitch was offered in Abu Dhabi on Friday and, to surprise everyone, there was not much dew. It was a low-scoring thriller and if the same pitch is used, we might be in for another bout like this. While SRH are bowling first by winning the toss, DC may think otherwise given their vulnerability in chasing big totals.

Wriddhiman Saha Did not play the previous game due to an injury. There is no news on their availability yet. He will join Playing XI in place of Srivatsa Goswami when he is fit.

David warner In great form with the bat. He is the second highest run-scorer of the season with 546 runs. If he plays Ravi Ashwin well, we can get a special knock from the SRH captain.

Kane williamson Played one of the best knocks of IPL 2020 in a tense situation against RCB to help the team get in line. He will be important once again with the same kind of pitch that will be on offer.

Enrich Norte Rabada has flown under the radar with a focus on it. But Norje has done a good job by taking 20 wickets so far.

Marcus Stoinis This list may have a surprising name. But for DC to pursue higher totals requires his bestial power in between. If they find themselves chasing again around 190–200, DC may promote them this time. 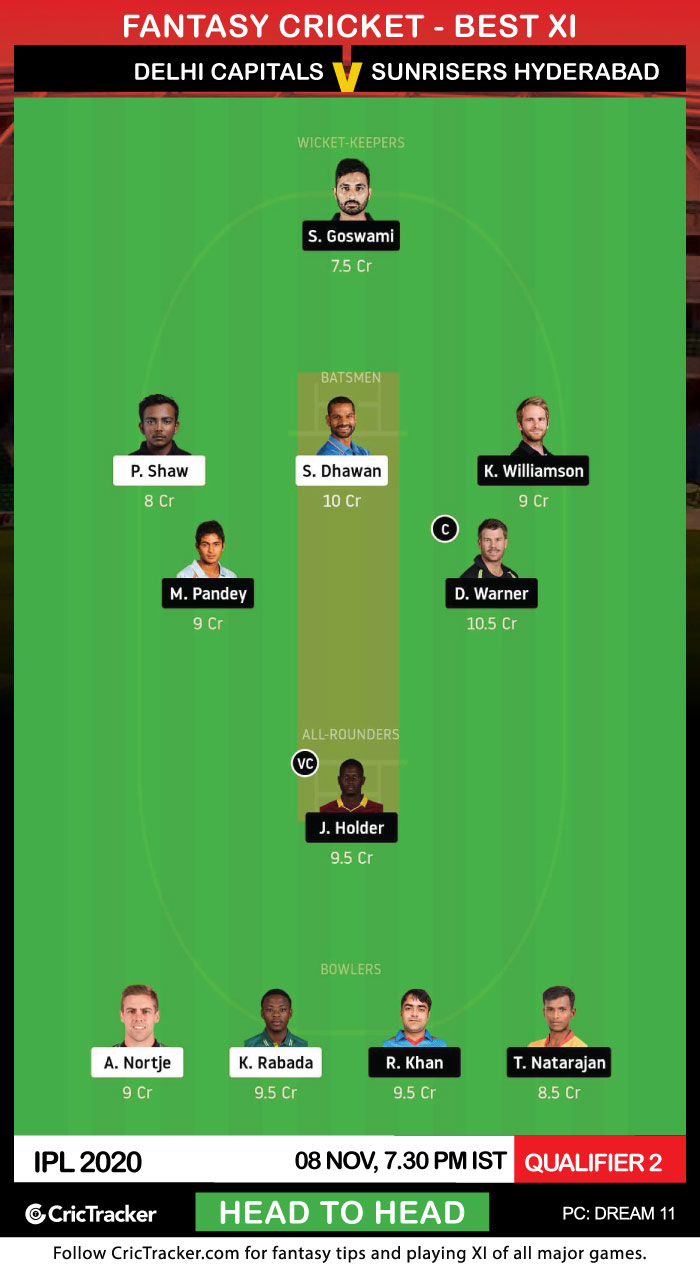 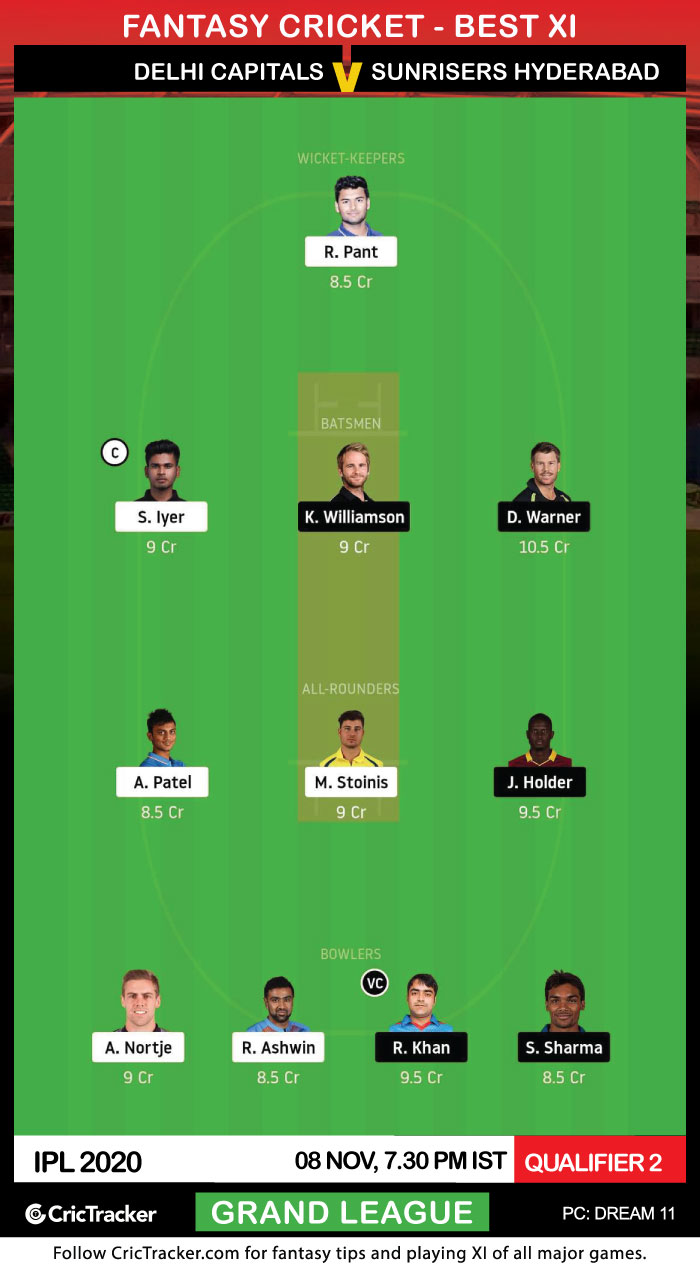 If Wriddhiman Saha gets fit and is included in the playing XI, a lot of things change with his credit being 8.5. He is a must-pick in your Dream 11 fantasy team and in that case, you can leave Manish Pandey or Kane Williamson (Risk).

Elton Chigumbura prepares to retire from international cricket after T20I series against ...