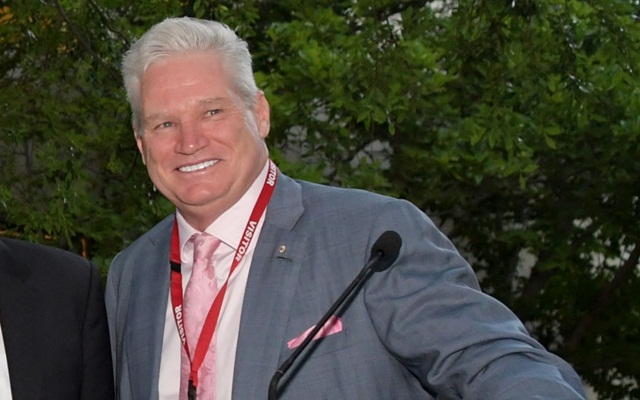 Over the last few days, there have been lots of talks regarding the upcoming T20 World Cup in Australia. The tournament is scheduled to take place from the mid of October and there’s no development on whether the mega event would take place or not. The coronavirus pandemic that started wreaking havoc from March has shown minimum signs of slowing down.

Cricket Australia (CA) recently included the T20 World Cup in its summer schedule. However, Kevin Roberts, the CA chief, said that the fixtures could change depending on the situation. There are enough apprehensions for the event to take place amidst all the chaos owing to the COVID-19.

Jones opines on the World Cup

In the meantime, Dean Jones, the former Australian cricketer, has put forth an alternative for the World Cup. The veteran reckons that could New Zealand could play hosts after Jacinda Ardern, their Prime Minister, said that the country could bring its alert system down to level 1.

He took to Twitter and wrote, “Jacinda Ardern said NZ could move to alert level 1 next week, which means all social distancing measures and curbs on mass gatherings will be lifted, she said. Maybe play the T20 WC there? #justathought,”

Jacinda Ardern said NZ could move to alert level 1 next week, which means all social distancing measures and curbs on mass gatherings will be lifted, she said. Maybe play the T20 WC there? #justathought

New Zealand has done an exceptional job thus far in the pandemic situation. Only 1,154 cases have been detected in the country with only 22 people losing their lives. 1,131 persons have recovered from the virus. The lifting on the restrictions would mean that mass gathering would be allowed.

It also means that sports, including cricket, could witness a return with packed stadiums. Ardern also stated that the New Zealand government was working with the stadiums to create a ‘COVID’ code to ensure contact tracing was in place. The same is in case a viewer is tested positive for the virus.

“At level 1, all current rules on businesses and services are essentially lifted. Sports and concert stadiums can be sold out. For those larger events it is a matter of preparedness for us. We may be confident that we’re an environment where we do not have COVID in circulation,” Ardern stated.