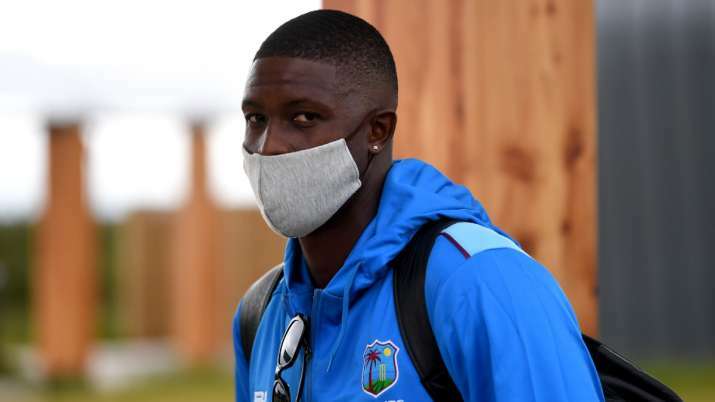 ENG vs WI: How to deal with Jofra Archer ?, Windies Skipper answers

West Indies Skipper Jason Holder said that his team would look at Pacer Jofra Archer just like another England bowler in the Test series starting in Southampton on 8 July.
imrhjatofficial
0
418

West Indies Test skipper Jason Holder said that his team would look at Pacer Jofra Archer just like another England player in the Test series which is starting 8th July.

Born in Barbados, Archer qualified to play for England in 2018. He has played in the Under-19 team for the West Indies in 2014.

West Indies fast bowler Kemar Roach had warned Archer on Sunday that there would be no such thing as friendship with him during the series. Holder also spoke in a similar way and said that as the three-match series begins, friendship with Archer will be left behind.

Holder said in the ‘Good Morning Britain’ program, ‘Archer is now an England player. Kemar Roach said the same thing in the interview. Off the field we are friends, but when we come on the field, he is another England player for me, I believe he will be ready to trouble us too.

International cricket will also return from this three-match series, which has been closed since March due to the Kovid-19 epidemic.

Regarding the worldwide protests against racism following the death of George Floyd in the US, Holder said the West Indies team fully supports the ‘Black Lives Matter‘ campaign.