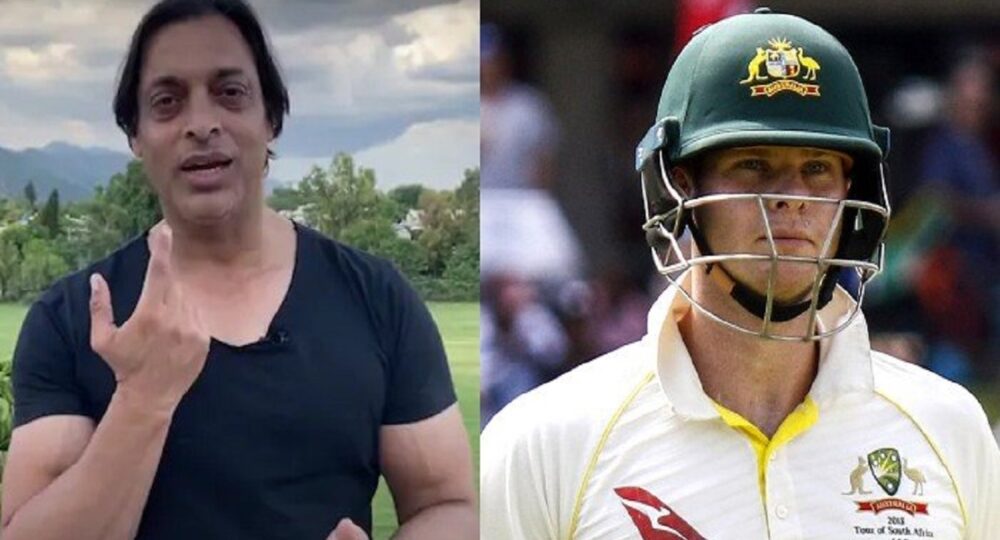 ‘Even today….’ : Shoaib Akhtar reveals how he can dismiss Steve Smith

Australia batting genius Steve Smith is broadly regarded as one of the best Test batsmen of modern-day cricket.

He’s the members of the ‘Fab-Four’ – the list which consists of the four best batsmen of current cricket, i.e., Virat Kohli, Smith, Kane Williamson and Joe Root. As for the ICC Player Rankings, at present, Smith is the top-ranked batsman in the world.

The former Aussie captain has proved himself by scoring in all parts of the world in the red-ball format. Due to his supremely high Test batting average, Smith has been called the “best since Bradman” as well. Last year in the Ashes, the Sydney-born scored a stunning 774 runs in just seven innings. He also smashed three centuries and as many fifties.

No doubt that Smith is one of the toughest batsmen to bowl to in the longest format of the game, however, former Pakistani speedster Shoaib Akhtar is of the opinion that it wouldn’t be that difficult for him to dismiss the Aussie batting star, even today.

It all happened when ESPNCricinfo through a tweet asked fans to pick a dream contest between some of the current and former legends of the game. It gave options like Ricky Ponting vs Jofra Archer, Kane Williamson vs Muttiah Muralitharan, Sachin Tendulkar vs Rashid Khan, AB de Villiers vs Wasim Akram, Shoaib Akhtar vs Steve Smith, etc.

Imagine these 20 players at their prime. You can only pick one contest to watch 🤜🤛 pic.twitter.com/8CzQLHYPMv

Akhtar responded to his battle against Smith. The ‘Rawalpindi Express’ stated that it would take just four balls to dismiss Smith. Akhtar said he would bowl back-to-back bouncers to the 30-year-old and claim his wicket.

“Even today, 3 hurting the bouncers and I can dismiss @stevesmith49 on the 4th ball. Lol,” ‘s far Akhtar.

Smith has played 73 Tests so far in his career and scored 7227 runs at an outstanding average of 62.84. The New South Wales batsman also has 26 hundreds and 29 half-centuries to his name.