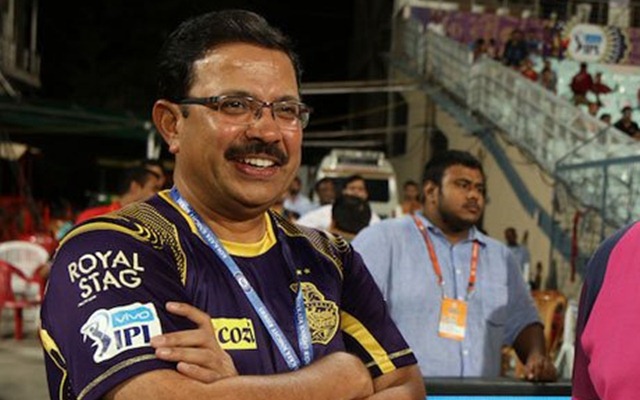 BCCI has suspended IPL 2020 for an indefinite period amid global pandemic. However, they have not lost their hopes for organising this cricketing extravaganza as 4,000 crores are currently on the line. There are reports that the much-awaited T20 tournament might be held behind the closed doors in the latter part of the year.

However, the spectators will not be allowed to watch the games live from the ground. Hence, Venky Mysore, the CEO of KKR, has come out with a unique suggestion and has said that fans can be virtually present on the ground if not physically.

Spectators are regarded as the heart of any sports and they are responsible for motivating a player to perform well on the field. And, it will be an unfamiliar experience for the players to play in such a big tournament in the absence of fans. The same goes for the ardent followers of cricket as they will not be allowed to get access into the stadiums and watch their favourite players playing in the cash-rich league.

KKR CEO feels franchises will have to face some challenges

In an interview, Venky Mysore, the CEO of KKR suggested a unique idea keeping all the aforementioned situations in mind. He said that the franchises will surely suffer lots of challenges if IPL gets a go-ahead in the latter part of the year. As per him, it is confirmed that if the tournament happens, then it will be played behind the closed doors.

He feels that it will directly make an impact on different sources of revenues of BCCI as well as franchises. And, he recited that the sponsors and franchisees will now have to think out of the box.

“We’re definitely going to have some challenges. If we’re lucky enough that things will settle down or the tournament will take place later this year, it’s clearly going to be in what they’ll call as a stadium lockdown mode. Which means straightaway the ticket revenues are affected, your food and beverage revenue is affected, the merchandising sales at the stadium is affected.”

“The challenge to us is how do you activate the sponsors? Are there ways in which you can compensate for this?. Technology is going to play a massive role. I am just saying, if you’re thinking out of the box – an LED wall in stands where, through social media, [fans] can virtually be present there. There are people who’ll be reacting the same way if they were physically at the ground. People have said something about simulation too,” Mysore said during an ESPNcricinfo Stump Mic podcast.