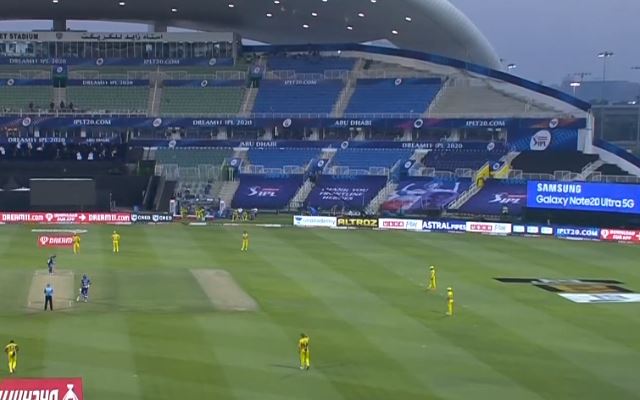 The 5th place playoff match of the Vinci Premier League T10 2020 will be played at the Arnos Vale Sporting Complex, Kingstown, St. Vincent, between the Fort Charlotte Strikers and the Grenadines Divers.

The Fort Charlotte Strikers will lock horns with the Grenadines Divers in the fifth-place playoffs. Both teams did not have the best of the season and only managed to win two of their eight games. After the first good season where they finished third, the Grenadines divers will be disappointed with their performance in this edition and want to come back stronger in the next edition. On the other hand, the Fort Charlotte Strikers finished last in the league stage in the previous edition. He improved his stand one by one this time, but he was not even celebrating. However they want to win the game and end the season on a high.

FCS vs GRD Weather Report for the 5th place playoffs:

Rain is expected as the weather forecast is likely to be 42 percent. The temperature will be around 28 degree Celsius.

It is a fairly balanced track at the Arnos Vale Sporting Complex. Although other batting teams have had more success, scores over 100 have been chased only once. The teams batting first will be seen crossing the 100-point barrier.

Tyrone Theophile The all-rounder has scored 132 runs in 6 innings and taken 8 wickets.

Sham brown Was a good tournament. He has scored 151 runs so far keeping an average of 21.57.

Roland Keto Is in good form as of late. He scored 54 runs off just 23 balls and the last game included 3 fours and 5 sixes. 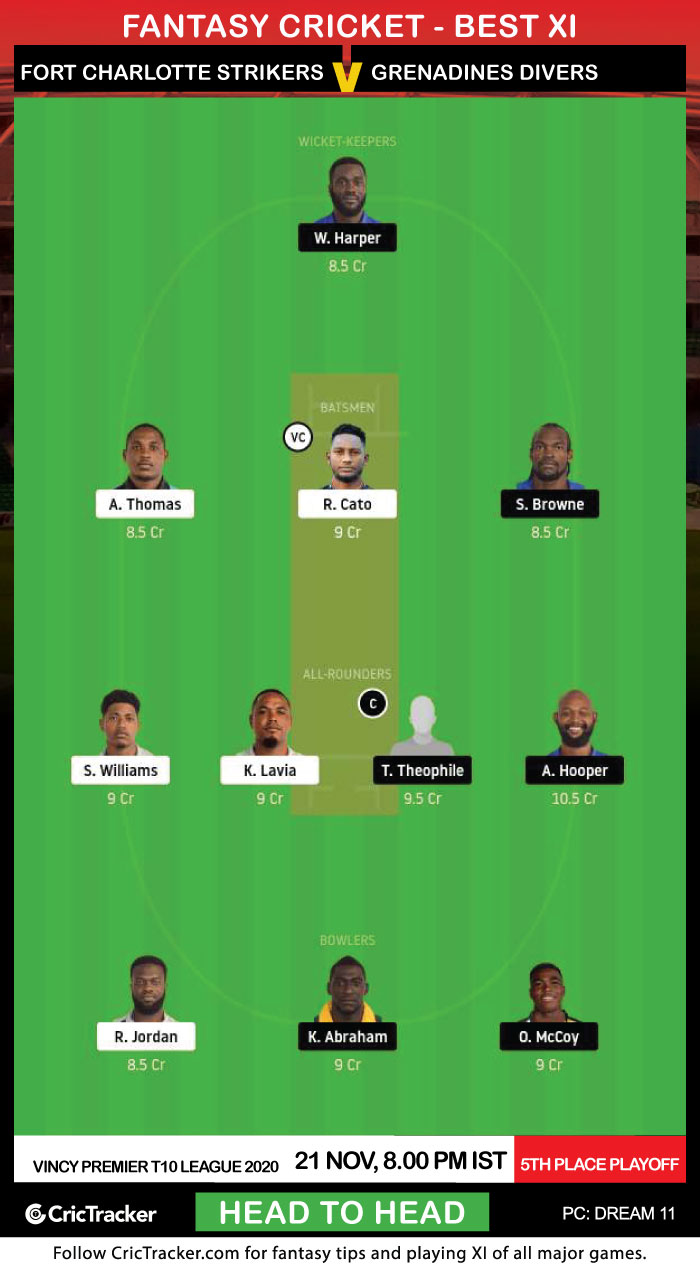 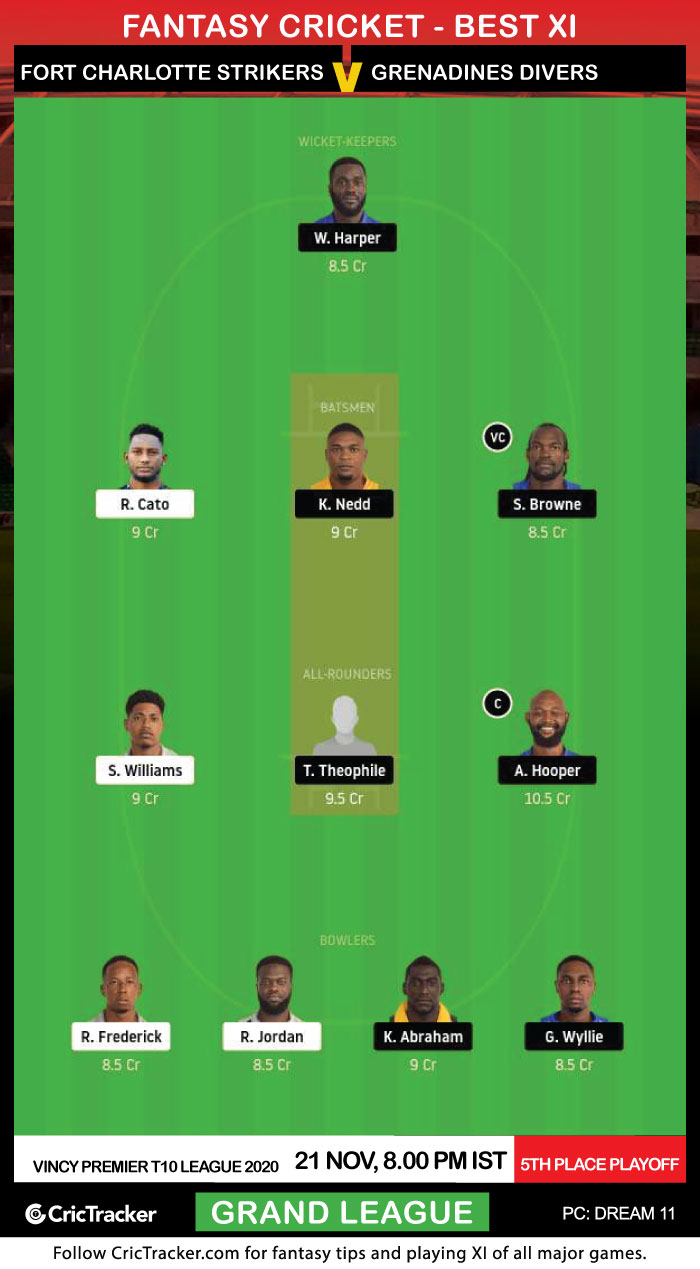 Kevin Abraham has made it to 6 Dream Teams out of 8 matches. He has been consistent throughout the tournament and should be selected.

The Fort Charlotte Strikers are expected to win this match.