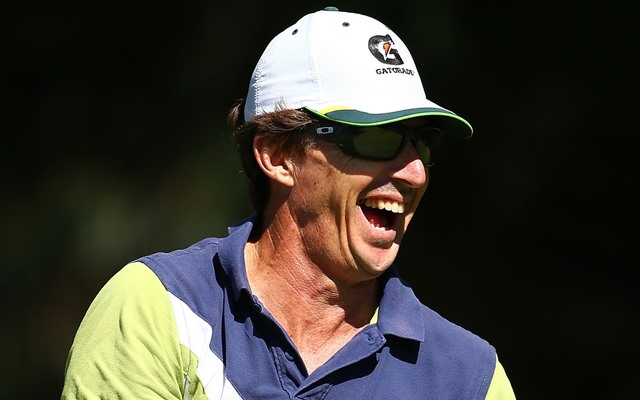 Since the time Big Bash League was launched, there have been talks on how it has set high standards of cricket like the Indian Premier League. The IPL is by far the best T20 league in the world and if something comes even slightly close to it, it has to be the BBL.

Recently, there were reports that Cricket Australia is trying to make some changes to their T20 league to compete with India’s cash-rich league. Former World Cup-winning spinner Brad Hogg talked about things that CA can do to improve the interest of the public towards their league in his latest YouTube video.

Talking about certain improvements that BBL can do to compete with IPL, Brad Hogg gave a few good suggestions.

Say no to four innings strategy in BBL: Brad Hogg

One of his first suggestions was not to go with the four innings strategy. There were rumours that BBL could adopt a new format where teams would have to compete in four innings of 10 overs each. To this, the former leggie said, “four innings means more breaks, why would you want to do that? The audience doesn’t like that and it would kill the game.”

He said, “I would like to see the six overs powerplay split into a four-over bowling powerplay upfront and a two-over batting powerplay later on whenever the batting team wants to have. With the four over of bowling powerplay, the ball still swings in the fourth over. So, the bowlers can bring in the field and take advantage of that. However, if bowlers get on top, the batsmen can fight back and then have their two-overs powerplay where they can attack.”

Lastly, the BBL could also introduce a new system where the batsmen are given free hits for wide balls as well. To this, the former left-arm chinaman said, “I really don’t like this one. Each individual umpire has his own discretion for a no-ball. There is no consistency there for the bowler to attack the fine line and put pressure on that batsman. If there’s a special line on the leg-side which the bowler can attack and not be called wide, then I don’t mind this concept coming in, because then there will be more consistency.”