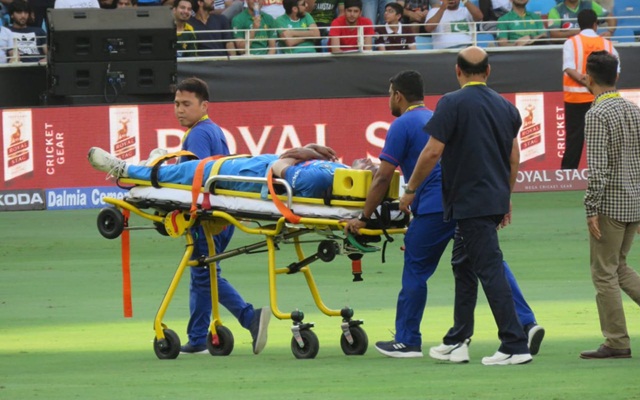 Hardik Pandya had an almighty scare when he was being carried off in a stretcher during the 2018 Asia Cup in the United Arab Emirates (UAE). In the match against Pakistan in Dubai, the fast bowler missed his follow-through on his run-up and collapsed on the ground. It happened in the 18th over of the game when Babar Azam was batting on 35. Hardik’s injury seemed serious.

He was being surrounded by his teammates after which the physio came and treated him. Unable to walk, Hardik was then stretchered off. Ambati Rayudu bowled the last ball of the over. Going down the memory lane, Hardik thought that it could possibly have pulled the curtains down on his career.

I was blacked out: Hardik Pandya

“I genuinely thought my career would be over because I have never seen someone walking off the ground in a stretcher,” Pandya was quoted a saying to Harsha Bhogle on Cricbuzz.

“So, when that happened and when I saw myself…..firstly, I was knocked out for 10 minutes. I was blacked out. I didn’t know when I go inside. I just didn’t know. That is why I asked people to go away. After that pain never went down,” he added.

Later the BCCI released a statement, saying that the 26-year-old had a lower back injury. Manish Pandey went in as his substitute in the high-voltage clash. The injury didn’t cost the Men in Blue as they comfortably won the contest.

The back injury has come back to haunt Hardik a number of times. In October 2018, he couldn’t play against the West Indies at home. Moreover, he missed out on India’s last international assignment- the home T20Is against Australia– before the 2019 World Cup. Then again in September, he had the same problem and was ruled out.

In October 2019, the Baroda cricketer also underwent a surgery. He made his return in the home ODIs versus South Africa, but to his dismay, the series was cancelled after a washed-off match in Dharamsala due to the coronavirus pandemic.

He was set to play for four-time IPL champions Mumbai Indians (MI). But then again, the event had to be postponed for an indefinite period of time.