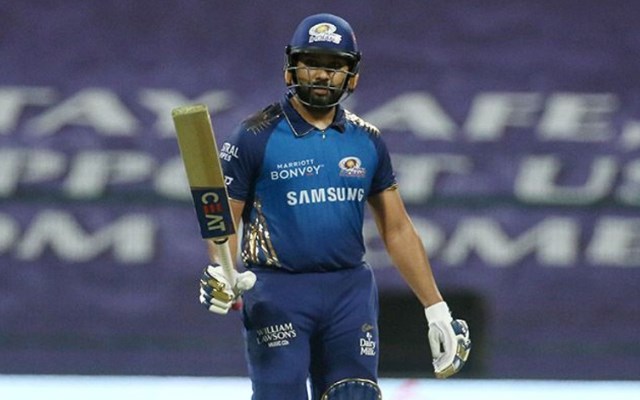 Former cricketer Sunil Gavaskar believes that Rohit Sharma’s return to fitness is a good thing for the Indian team in the coming time. Of late, there has been a lot of uproar over the captain of the Mumbai Indians (MI).

The 33-year-old sustained a hamstring strain during the game Kings XI Punjab (KXIP) In Dubai, he was left with a tour of Australia. However, raising a few eyebrows, the Nagpur-born returned to MI’s league match against Sunrisers Hyderabad (SRH) at the Sharjah Cricket Stadium.

When asked about his fitness, Rohit mentioned that he is up and running. Gavaskar was happy to patrol the 30-yard circle and boundary with Rohit, revealing his fitness level.

Sunil Gavaskar says that Rohit Sharma was full of confidence

He said, “Considering what has happened before Rohit got injured, I would say that it is very good news for Indian cricket that Rohit Sharma is fit. See, the concern that everyone has collectively expressed may break (if he postpones his return) is a valid one.

“But he was full of confidence. He fielding on the boundary rope and also in the 30-yard circle, “Gavaskar was told on Sports Talk.

Earlier, the Board of Control for Cricket in India (BCCI), Sourav Ganguly, said that Rohit can be included in the team provided he is fit. Talking on the same, Gavaskar mentioned that the BCCI may conduct Rohit’s fitness test, in which he joins the Indian teams.

He said, “He played the match to show that he is fit but if the BCCI wants to test his fitness again, then there is nothing wrong in that. Because they want to check if he is fully fit or not.” It can be monitored. Generally, when you come back from injury, you need to play some matches because match fitness determines your fitness status, “he said.

Keeping the Australia tour aside, Rohit is currently busy focusing on MI’s journey to the Indian Premier League (IPL) 2020 playoffs. Mumbai will face first qualifier Delhi Capitals (DC) On Thursday at the Dubai International Cricket Stadium. MI will join the game on a 10-wicket loss to the Sunrisers.

Callum Ferguson to call it a day from first class cricket after ...