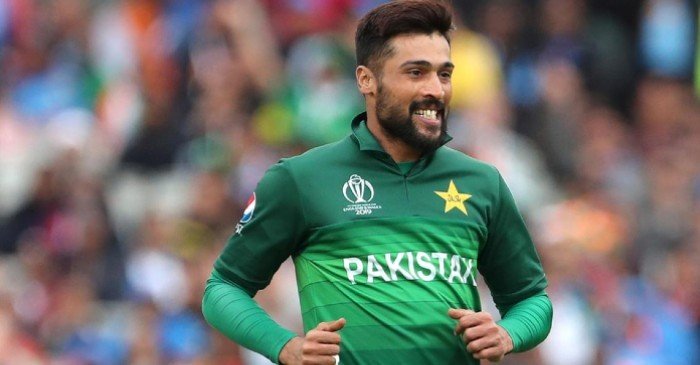 To set the ball rolling amid COVID-19 pandemic, Pakistan will resume their cricketing action with the England tour. The Men in Green, led by Azhar Ali in Tests and Babar Ali in T20Is, will play three Tests and as many T20Is against the Three Lions.

Earlier this weak, the ICC had induced a few rules including the ban of saliva to curb COVID-19 transmission on the field.

Ahead of the much-anticipated series, Pakistan also announced 29-member squad including many prominent names like Mohammad Hafeez, Wahab Riaz and Sarfaraz Ahmed. However, notable omissions from the squad were Mohammad Amir and Haris Sohail.

Amir, who was eligible for selection in T20I series after retiring from Tests, pulled out from the tour so that he could be present for the birth of his second child in August. In case of Amir’s selection for the T20I series, the pacer would not have been able to see his wife and children amid the tour.

Pakistan players will follow quarantine after landing in the UK

It has been learnt that Sohail also withdrew from the series citing personal reasons. Players’ families will not be allowed to accompany them and this was likely the reason behind Sohail’s decision. He has usually been reluctant to tour anywhere without his family. Sohail was given special permission by the PCB to have his family with him in the previous World Cup in England.

The Pakistan players and the support staff are expected to arrive in England several weeks before the start of the series. Players will technically be in a ‘bubble’ during the course of the series and they will follow the mandatory quarantine after landing in the UK.

Pakistan will spend over two months in England and they will be the second side to tour the UK amid the COVID-19 pandemic. Prior to Pakistan, West Indies will also play three Tests in England, starting from July 8.