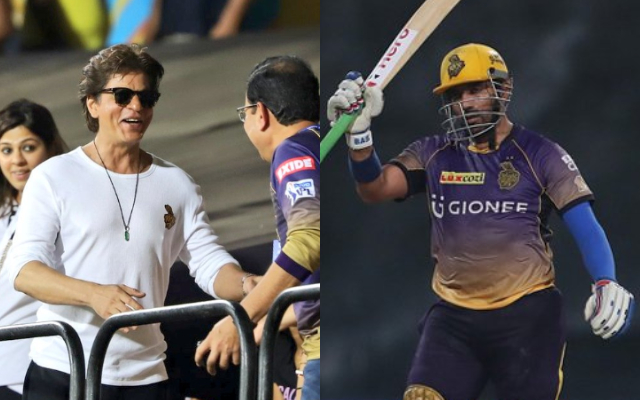 The Kolkata Knight Riders (KKR) is one of the most celebrated franchises in the Indian Premier League (IPL). Ever since its inception, the KKR has a massive fan following thanks to its co-owner and the Bollywood superstar Shah Rukh Khan. His association with cricket since 2008 has been one of its kind story and it has become an integral part of his life.

The actor time and again makes it a point to visit the stadium to witness to some of the team’s matches and cheer the players. However, all wasn’t easy for the KKR at the start. The team didn’t perform to the expectations at all in the first three seasons. But Shah Rukh Khan stood firm with the team every time motivating them and hoping for the better performances in the next seasons.

And his faith in them paid dividends as Gautam Gambhir joining the team in 2011 changed their fortunes. KKR won the tournament twice (2012 and 2014) in three years and the team has been consistently qualifying for the playoffs since then. Robin Uthappa was also part of the team for so many years and has lifted the trophy twice with the franchise only to be released ahead of the 2020 season.

Speaking to the BBC in their doosra podcast, the Karnataka batsman lauded Shah Rukh Khan for his energetic presence while being with the team always. During the interaction, one of the parties from 2014 was recalled when the superstar actor was leading the dance floor and making every players dance. Opening up about the same, Uthappa mentioned that Shah Rukh’s energy is an absolute mystery to him.

“The man’s energy is kinda impetuous. He lifts everyone off the chairs and brings them on the dance floor. He’s a mystery to me. I don’t know how he keeps going. He gets four hours of sleep at night, I don’t know how he does it. But he’s amazing, he’s an amazing human being as well,” he said.

Kemar Roach names the most difficult batsman he ever bowled to in ...