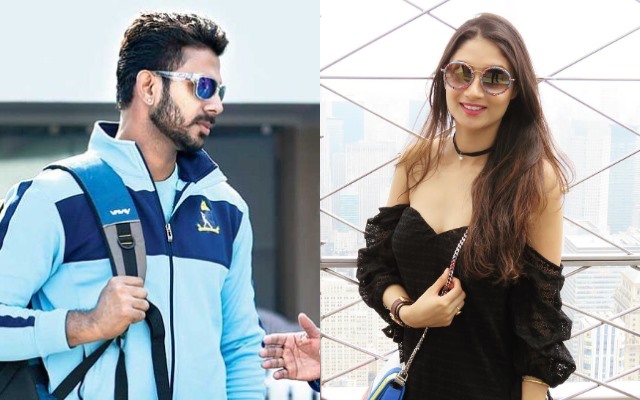 Manoj Tiwary has been a stalwart for the Bengal team in the Indian domestic cricket, having scored nearly 18,000 runs in his career with the help of 33 centuries and 92 half-centuries. But somehow , his career for Team India could never take off despite him being one of the most talented during his times. He made his debut against Australia at The Gabba in Brisbane way back in 2008.

However, after a 16-ball 2, Brett Lee rattled his woodwork. Thereafter, Tiwary could only play 12 ODIs in which he scored only 287 runs at an average of 26.09. On December 11, 2011, he churned out an unbeaten 104 against the West Indies at the MA Chidambaram Stadium in Chennai.

Then in the next year, the right-hander scored a gutsy 65 versus Sri Lanka at Pallekele. His last ODI appearance was against Zimbabwe in Harare back in July 2015. The Howrah-born also played three T20Is, but could only manage 15 runs.

At the age of 34, it’s highly unlikely that Tiwary would again get to play for Team India. However, he has continued to shine for Bengal. In the previous edition of the Ranji Trophy, he notched his maiden triple-ton against Hyderabad in Kalyani. His knock guided Bengal to a win by an innings and 303 runs.

In the meantime, Tiwary is deemed to be one of those players, who couldn’t substantiate his talent at the highest level. Hence a lot of editorials have come to the fore where Tiwary has been shown in a bad light. After loads of such stories, his wife Susmita recently vented out her frustration in a severe manner.

She posted a picture where Tiwary has been named in a ‘Flop XI’. Susmita, who’s married to Tiwary since July 18, 2013, lashed out for unnecessarily dragging her husband’s name. She also asked people to make a proper analysis before throwing mud at Tiwary.

She captioned the picture and wrote, “Who so ever created dis profile How dare u bl**dy dragged my husband’s name in it. U better do ur bl**dy facts check. Do something in ur sh*t ugly life rather dan posting sh*t about people. Go n get a life.”

Who so ever created dis profile How dare u bloody dragged my husband’s name in it. U better do ur bloody facts check. Do something in ur shit ugly life rather dan posting shit about people. Go n get a life 👎🏻👊

‘I’ve tried longer run-up but my speed is still the same, so ...