✕
Copyright © CricEarth 2020.
Thursday, September 23
Home » News » ‘I am away from social media to stay focused’ before Test series against India – Will Pukowski 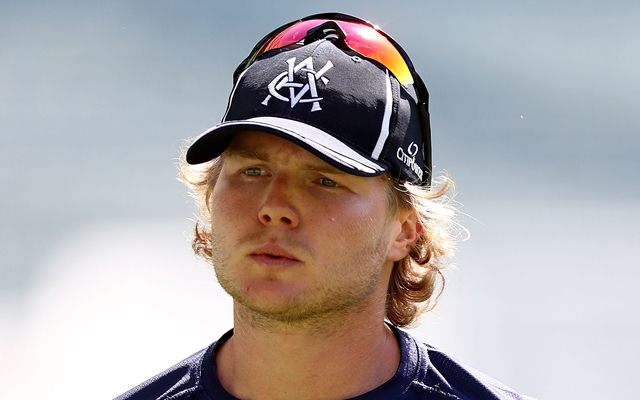 Australia’s Will Pukowski has deactivated his social media accounts to stay away from talk and speculation about his place in the national team for the Test series against India. The 22-year-old right-hander has been jaw-dropping as of late, scoring a double back-to-back score for Victoria in the 2019-20 edition of the Sheffield Shield.

After his knock, the national selectors selected him for the Border Gavaskar Trophy. Also, Joe Burns is projected to be Pucovski, with a disastrous first-class campaign David Warner’s Opening partner for the four-match Test series. For the time, Pukowski does not want to create a ruckus around him to mentally influence him.

My batting is a very good place: Will Pukowski

“This is a bit of a media build-up, to be honest, big batting. I can really control how I am about it in my preparation and then obviously in the game, so I think my batting is a really good place. I do away with a lot of social media, so that makes it very easy.

“If you don’t have an app, you can’t tag on Twitter and stuff, so it’s very easy for me,” Pucovski told reporters on Friday, November 13.

Australian head coach Justin Langer praised Pukowski for being in superb form. However, he hinted that the Young Turks may have to wait a little longer to get their first opportunity.

“He’s amazing, isn’t he? Said that … we loved the combination of Joe Burns and David Warner. At this point, I’d say that will remain the same,” Langer said on Friday.

Pukowski has also gone through concussion problems after suffering a head injury during school football. However, he has managed to recover and is fully prepared for his stint with the Australian team.

“Obviously a lot of head injury is not ideal from a physical or mental point of view,” Pukowski said.