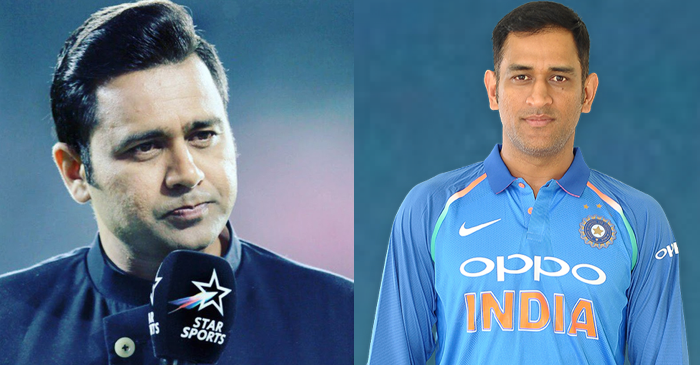 ‘I had to close social media… people abused me so much’ : Aakash Chopra on excluding MS Dhoni from his T20 WC squad

MS Dhoni, the former Team India captain, enjoys a huge fan following across the world and recently cricketer-turned commentator Aakash Chopra got to know about it in a hard way.

Afcomingter Chopra snubbed Dhoni from his Indian squad for the forthcoming T20 World Cup in Australia; the 42-year-old faced the wrath of veteran stumper”s fans on social media.

In fact, the ex-India opener was abused so much that he had to leave the social media platforms for a few days.

Last month, Chopra picked his Indian squad for the T20 World Cup. He named two wicketkeepers in Rishabh Pant and KL Rahul in the 14-member team, ignoring Dhoni as he felt it would be tough for the 38-year-old to make a comeback.

Chopra thought he might be right as MSD hasn’t played competitive cricket since India’s defeat against New Zealand in the 2019 World Cup semi-final, but Dhoni fans thought the other way round.

“I had to close the social media for a few days. People abused me so much, and it kept on coming, they abused my kids as well. I said please pardon me guys, what happened has happened,” Chopra told the former Indian cricketer Ajit Agarkar during a live chat on Instagram.

During the chat, Agarkar also endorsed Chopra’s viewpoint regarding Dhoni”s cricket in the future.

“I don’t know actually. Retiring or not retiring is MS Dhoni”s call. To select or to not select is selectors’ call if he fits in their plan. I don’t know, for the player who hasn’t played for a year, for me it will be difficult. Don’t know about the communication between MS Dhoni and the team management or with the selectors.”

“We don’t know about that. It will be difficult talking about an individual player but I will like to see the player playing cricket. If someone is not playing cricket, then there is no point giving an opinion on them or discussing about. I know people discuss about Dhoni because he has not retired and he has not played also.”

“It’s obvious because of his achievements and fan following in India. Fans want him to play again, but there is no point of discussion till the time he doesn’t play cricket. We can discuss about his selection after he starts playing, if he has that in him and if he fits in the future plans of the team. Things have come to standstill because of coronavirus pandemic, but I am sure that there would have been a communication between the management and Dhoni. He is a big player,” Agarkar said.

In a bid to reclaim his place in the national squad for T20 WC, Dhoni was set to lead Chennai Super Kings (CSK) in the Indian Premier League (IPL) 2020 but the coronavirus outbreak forced the BCCI to suspend the T20 tournament indefinitely.