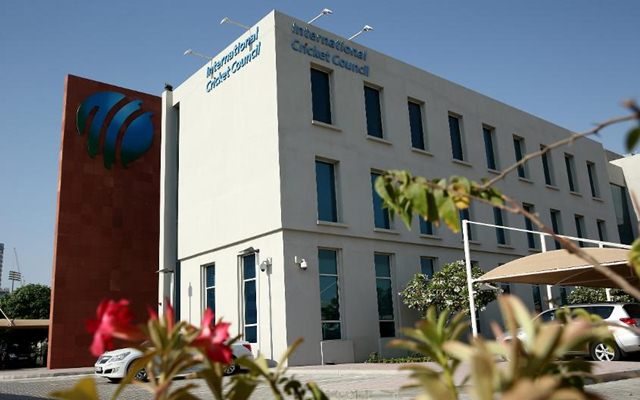 Making some interim changes to curb the risk of COVID-19 virus on the field, the ICC approved Covid-19 replacements in Test cricket, banned the use of saliva and re-introduced non-neutral umpires for bilateral series as part of its interim playing regulations to tackle the threat posed by the Covid-19 pandemic.

According to a media release , the usage of saliva to shine the ball has been banned, while teams will be allowed to make a substitution if a player is suffering from coronavirus during a Test match.

An additional review will also be allowed across formats with home umpires making a return.

Following are the interim changes in rules confirmed by the ICC:

1.) COVID-19 Replacements: Teams will be allowed to replace players having the symptoms of COVID-19 during a Test match. In line with concussion replacements, the Match Referee will approve the nearest like-for-like replacement.

However, the regulation for COVID-19 replacements will not be applicable in limited-overs cricket.

2.) Ban on applying saliva to the ball: Players will not be permitted to use saliva to shine the ball. If a player does apply saliva to the ball, the umpires will manage the situation with some member states during an initial period of adjustment for the players, but subsequent instances will result in the team receiving a warning.

A team can be issued up to two warnings for innings, but repeated use of the saliva on the ball will result in a 5-run penalty to the batting side. Whenever saliva is applied to the ball, the umpires will be instructed to clean the ball before play resumes.

3.) Non-neutral umpires: The requirement to appoint neutral match officials will be temporarily removed from the playing conditions of all three formats owing to the current logistical challenges with international travel. The ICC will be able to appoint locally based match officials from the Emirates ICC Elite Panel of Match Officials and the Emirates ICC International Panel of Match Officials.

4.) Additional DRS reviews: The ICC Chief Executives’ Committee (CEC) has also confirmed an additional unsuccessful DRS review for each team in each innings of a match, keeping in mind that there may be less experienced umpires on duty at times. This will increase the number of unsuccessful appeals per innings for each team to three for Tests and two for the white-ball formats.

5.) Additional logo allowed: The CEC has also approved a relaxation of rules on apparel logos for the next 12 months.

The logo, not exceeding 32 square inches in size, may be placed on the chest of the Test match shirt and sweater in addition to the three other logos allowed as per the regulations. As of now, logos on chests are only allowed in Odys and T20Is.