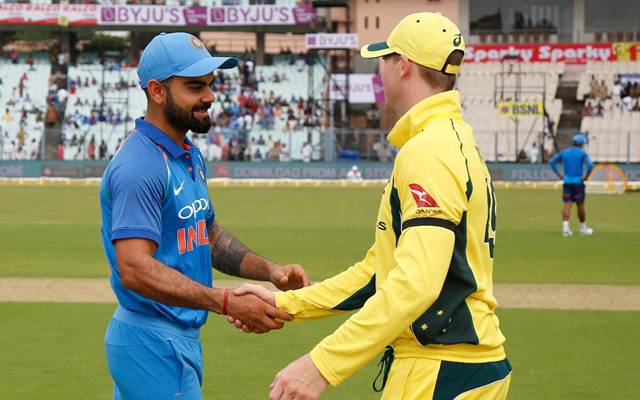 Team India’s campaign in the 2019 World Cup displayed some of the most /exceptional spectacles of “Gentlemen’s Game”, and among those, the sportsmanship spirit of Virat Kohli for Australia’s star batsman Steve Smith was at the top.

Exactly a year ago, on June 9, the Men in Blue locked horns with the Aaron Finch-led Australia and ended up beating them by 36 runs at The Oval in Birmingham. Kohli himself played a great 82 runs innings off 77 balls, but that wasn’t the real the highlight of the day.

The moment of reckoning was when the Indian cricket team fans started sledging and teasing Smith, who was making a comeback in international cricket following a suspension for a year due to the ball-tampering scandal against South Africa during the Cape Town Test in the year before in 2018.

Looking at the Indian fans, who were continuously booing Steve, captain Kohli stood up for an under-enthused the Aussie star and gestured towards the crowd to stop their actions. Instead, Kohli asked his team supporters to appreciate Steve by clapping for him.

Reminiscing the one year of such an incredible gesture from Virat, the International Cricket Council (ICC) uploaded the video of the same on social media and captioned it as, “#OnThisDay last year, Virat Kohli and Steve Smith, shared this wonderful moment in #CWC19”.

In January, when asked about Virat’s gesture to ask fans to show him support during the World Cup, Smith said it was really nice of the Indian skipper.

“In the World Cup, it was really nice of Virat to do what he did. He did not have to do that, and yeah it was a lovely gesture and really appreciated that,” he had said.

While India crashed out of the World Cup after their semi-final loss to New Zealand, Kohli won the ‘Spirit of Cricket’ award for his gesture in England.

Rashid Khan names the Indian batsman who is very tough to bowl ...