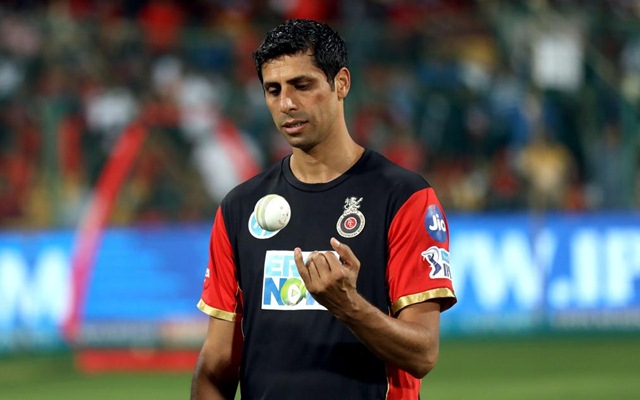 In the current season of the Indian Premier League, three teams have qualified for the playoffs, and are Mumbai Indians, Delhi Capital, and Royal Challengers Bangalore. RCB and DC faced each other in their latest schedule, and the latter dominated the show to seal second place in the issue.

Talking about the Challengers, former fast bowler Ashish Nehra believes that the team should open with captain Virat Kohli if they do not want to include Aaron Finch in their playing XI. Nehra was asked about RCB’s innings when he failed to deliver a brilliant performance against Delhi in the middle overs.

He appreciated the bowling effort Ravi Ashwin And Axar Patel, which made it difficult for RCB batsmen to pace the innings. Ashwin and Axar delivered exceptional spells, stopping RCB for 152 runs.

He said, ‘Virat Kohli was under tremendous pressure in view of the circumstances. It was not easy to hit Ravichandran Ashwin and Axar Patel, who do not go for wickets but do not let you score easily. You should applaud the Delhi capitals for not giving the RCB captain any chance.

While commentating during the game in Sharjah, Nehra said, “But if you don’t want to play Aaron Finch in the upcoming matches, I think Kohli should come into this team as an opener.”

In the same light, Irfan Pathan Said that Virat Kohli should open the batting only if the rest of the order is strong enough to deal with the pressure. Otherwise, according to Southeastern, the RCB captain should play to strengthen his team’s middle order.

You need a batsman in the middle who runs the game: Irfan Pathan

Virat Kohli said that if he should play the role of extra batsman. If you are playing an all-rounder from No.5 to No.7, it means that you are reducing your batting. You need a batsman in the middle who runs the game. If Virat Kohli gets up and walks out, there is no one in between to run the game. “

Ashish Nehra also said that Moin Ali can also be an option if his team is looking for a batting option in the middle order.