If Rohit Sharma performs well in Australia, there should be a debate about divided captaincy: Shoaib Akhtar 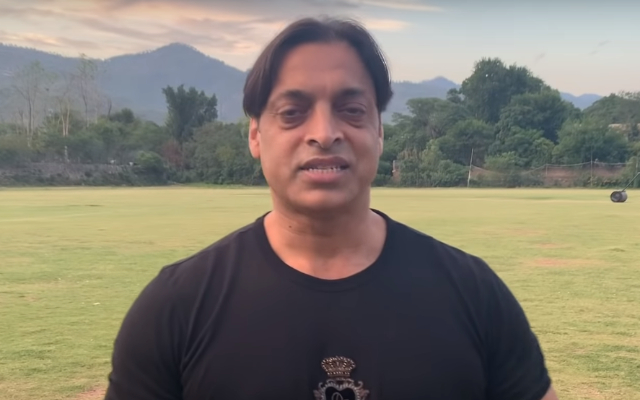 The Test series between Australia and India will begin in Adelaide from 17 December. Indian captain Virat Kohli is playing three Test matches with the team for the birth of his first child with his first wife Anushka Sharma. It is no mind that this will be the best chance for Hitman Rohit Sharma to showcase his skills. He has proved his skills in the T20 format after lifting the 5th IPL Trophy. Mumbai Indians.

Calls are coming for split captaincy in the Indian team as experts are taking this option. Rohit managed the Asia Cup title by managing things in Kohli’s absence. In the same light, former Pakistan fast bowler Shoaib Akhtar feels that Rohit Sharma should play a role in Kohli’s absence in the Test format. Although Ajinkya Rahane is the vice-captain on paper in the longest format, Akhtar helped Rohit perform leadership duties.

Rohit Sharma is one of India’s greatest batsmen: Shoaib Akhtar

He said, ‘Rohit is one of the greatest batsmen of India. Now he also realizes the true value of his talent. This will be the best chance for Australia to prove themselves as captain. He should hold it with both hands. He has the talent and ability to lead the team. It will be a tough test for India and as a player I will look for these types of situations. The whole world will be looking at Rohit as captain and batsman. If he does well for himself and the team, there should be a debate about divided captaincy, ”Akhtar quoted The New Indian Express as saying.

This will be Rohit’s first overseas series as an opener, and it will be difficult for him to face the likes of Josh Hazlewood, Michelle stark, And Pat Cummins. If the middle order meets expectations, India will do well, beating Akhtar.

“In my opinion, India has the potential to win again. But if their middle order does not perform, then I see them struggling. People will be watching this series with great enthusiasm including themselves. The day-night test will be his toughest test. If India plays well under those conditions, you never know. Akhtar said, the first two innings of the first Test will tell us where the series is.