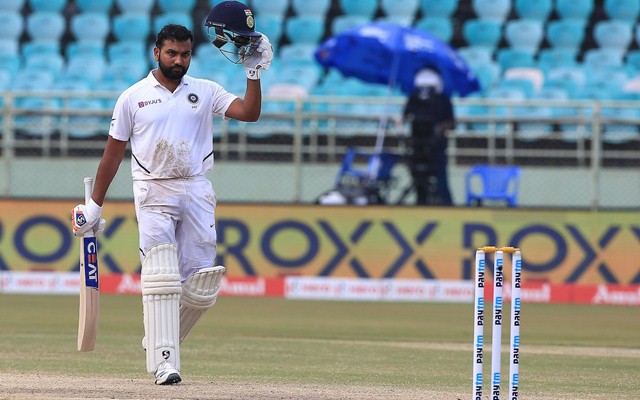 In the absence of Virat Kohli, Rohit Sharma has to captain Team India, it seems to Irfan Pathan

Former Indian cricketer Irfan Pathan said that after the departure of Virat Kohli, Rohit Sharma should be appointed as the captain of Team India for the Test series in Australia. Kohli will no longer be a part of the four-match series after the day-night Test in Adelaide starting on 17 December. He has been granted paternity leave to attend the wedding of his pregnant wife Anushka Sharma, who is due to give birth in January.

Pathan did not say any word saying that the boycott of Virat is not good for the Indian team in any way. In Kohli’s absence, Ajinkya Rahane, Test vice-captain, is likely to stand up for him. However, Irfan, who retired from international cricket in January, mentioned that Rohit is a “proven leader” and a suitable candidate for captaincy duties.

He said, ‘Virat Kohli’s absence will have a huge impact on the team but you have to respect his decision. We have to accept and appreciate life beyond cricket, family is very important, ”Pathan was quoted as saying in the Times of India (TOI).

“On the field, it is bound to make a big difference and it is very difficult for anyone to fill their shoes. The way they have performed over the years and under all circumstances, ”he said.

He said, ‘Nothing against Rahane but Rohit has to captain. He is a proven leader and has the necessary experience. His role as an opener will be equally important. He is someone you want to play in Australia. I remember the one-day series in 2008 and it was new but performed quite well on Australian pitches. Pathan said, “He will go away after the injury. ”

Earlier, Rohit was not involved in the Test, ODI and T20I series after a hamstring injury during the 2020 Indian Premier League (IPL). But later he returned to play in the T20 tournament and said he was up and running.

He was then included in the Test squad but was rested from the T20I and ODI series. Last year, Rohit revived his Test career in the domestic Test South Africa. But then, he dropped out of the New Zealand Test in February due to injury.

Hardik Pandya is not comfortable bowling at the moment: Rohit Sharma