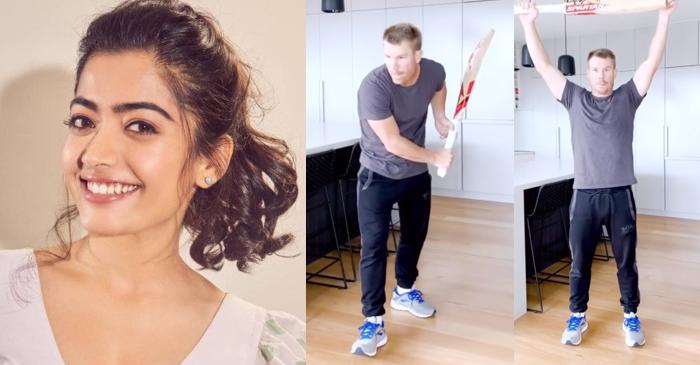 The Australian opener and Sunrisers Hyderabad (SRH) skipper David Warner is leaving his fans surprised with back-to-back TikTok videos on the songs of popular Indian actors.

After dancing to Allu Arjun’s Butta Bomma and Ramuloo Ramulaa from Wing Vaikunthapurramuloo, Warner has now shared a hilarious video of him showing off his batting skills on Mahesh Babu and Rashmika Mandanna’s ‘Sarileru Neekevvaru’ mass song Mind Block.

Warner took to Instagram and uploaded a video in which he can be seen showing his ‘shadow batting’ skills.

The southpaw captioned it as, “Shadow batting and then you hear the wife and kids are home… see ya later guys.”

Shadow batting and then you hear the wife and kids are home😂😂 see ya later guys. #magicbat #fun #challenge @urstrulymahesh

Well, the 33-year-old Warner is making the best use of this lockdown and is spending much of his time with his wife Candice and their kids. Earlier, he had enacted a dialogue from Mahesh Babu’s super hit movie ‘Pokiri’. The movie released in 2006.

The Australian cricketer is not only tripping on South Indian songs but is also making videos of him dancing to Bollywood tracks. He recently danced to Katrina Kaif’s Sheela ki Jawaani and Akshay Kumar’s Bala song.

Greg Chappell could’ve been a great batting coach but he couldn’t run ...

Perth Stadium is superior to the Gabba in every facet: Western Australia ...