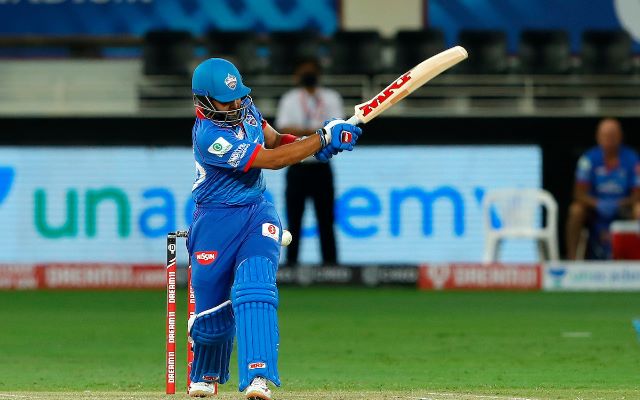 IPL 2020: 3 players you can exclude from your Dream 11 team for qualifier 2 SRH vs DC game

Both teams are one step away from reaching the finals and claiming the Indian Premier League (IPL) title. its Qualifier 2 And Sunrisers Hyderabad will take on Delhi Capital at Sheikh Zayed Stadium, Abu Dhabi. DC has a lot of issues to resolve before coming into this qualifier 2, whether it is their batting or team combination. Should he go with Shimron Hetmeyer who can add a bit to his batting arsenal? Or should they play with the same combination? It is not yet known.

SRH is doing really well, be it their bowling, batting or fielding, it has been on the spot. They might want to play Wriddhiman Saha In place of Srivats Goswami or the young wicket-keeper will get another chance which only time can answer. But we are definitely in for a competition between two teams that have a lot to prove on the big occasion.

Here are three players you can exclude from your Dream 11 fantasy team for Qualifier 2, DC v SRH.

Prithvi Shaw has scored 228 runs in 13 matches at an extremely low average of 17.53. It is clear that the opposition bowlers have cracked the puzzle to dismiss him and are not allowing him to score independently in the powerplay which he has been doing well for years. With the new ball from Jason Holder and Sandeep Sharma being really good, Shaw is much more likely to be dismissed within the powerplay and so you can exclude him from your Dream 11 fantasy team.

Rishabh Pant This season, in particular, does not like how we have seen him with the bowlers over the years. He has not really gone with the bat, handing over his wicket to the opposition at a crucial moment. With Willow this season he was able to contribute just 285 runs from 12 matches and with gloves he could contribute 12 wickets. It will be interesting to see if the team management goes with Alex Carey and so you can get Rishabh Pant out of your Dream 11 fantasy team.

Daniel Symes has not redeemed some of the opportunities he has received this season. He could not contribute to his team either with the bat or with the ball. His economy reads 9.50 and he has not managed a single scalp this season. It is more likely that he will be replaced by either of the foreign players and so you can look for other options from both teams combined for your Dream 11 fantasy team.

Disclaimer: This prediction is made based on the author’s understanding, analysis and instinct. When you build your team, consider the points mentioned.