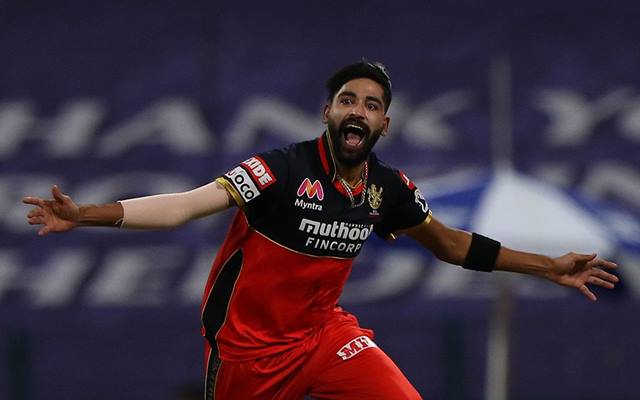 IPL 2020: 3 players you can exclude from your Dream11 team for SRH vs RCB Eliminator

The 2020 Indian Premier League (IPL) eliminator will be played between the Royal Challengers Bangalore and Sunrisers Hyderabad at Sheikh Zayed Stadium, Abu Dhabi. The RCB will have to bend and execute their plans with perfection, if they make history this time, nothing less.

Also, his team needs to contribute individually and not just rely on big names. His bowling should also match the firepower provided by his batsmen. SRH looks extremely positive and hungry to repeat history.

Their batsmen are getting aggressive and are able to carry forward the initial momentum. Their bowlers do not feel that they are missing Bhuvneshwar Kumar. It will be an exciting competition and the winner of this match will lose to Qualifier 1.

Here are three players you can exclude from your Dream 11 fantasy team for SRH v RCB Eliminator:

The season of missing Kane Williamson did not come. He has played 10 matches and in those, he has managed to score only 200 runs, including just one half-century at an average of 33.33.

With big names from both teams combined, you can choose to exclude the Kiwis from your Dream 11 fantasy team.

T Natarajan has been fair with the ball in his hand. He has thrown the most number of yorkers this season which is his strength and perhaps the stock ball. He has been particularly prolific, letting the batsmen free their arms.

But the only drawback and perhaps the reason he was dropped from the Dream 11 fantasy team would be the wickets he consistently fails to take.

Mohammad siraj Has been fantastic with the new ball. But as soon as the ball loses its luster, it can be carried to all parts of the park. In eight matches, he has taken nine wickets in a costly economy of 8.97.

He may be the new ball wicket taker, but with Chris Morris and Navdeep Saini expected to return, he might not be sharing the new ball with them and so you can exclude him from your Dream 11 fantasy team.

Disclaimer: This prediction is made based on the author’s understanding, analysis and instinct. When you build your team, consider the points mentioned.

Staying in bio-secure bubbles does get difficult at times: Virat Kohli