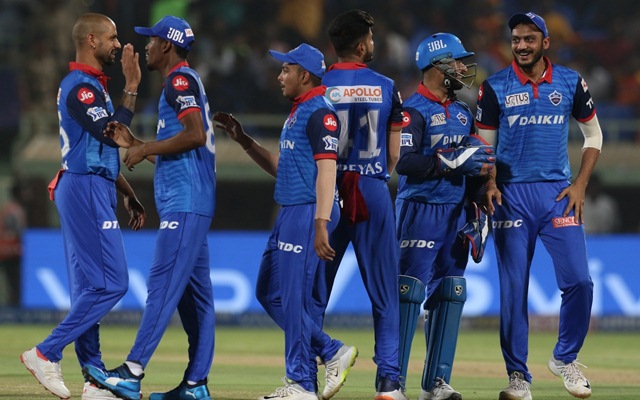 IPL 2020 could be played in 35 to 37 days by scheduling double headers: Delhi Capitals CEO Dhiraj Malhotra

The coronavirus pandemic has brought the world to a standstill. The COVID-19 outbreak has put a question mark over human existence and it has also put a halt on all sporting activities. Indian cricket has been severely hit by the pandemic as the Indian Premier League 2020 has been postponed indefinitely. The tournament which was officially going to start on March 29, had to be postponed with the outbreak of coronavirus.

More than 3 lakh deaths have been recorded over the globe and at the moment, there’s absolutely no certainty over the resumption of sports. The entire cricket fraternity is waiting for the sport to resume as soon as possible.

There have been many reports suggesting that the much-awaited IPL 2020 will be hosted in September to November window while delaying the start of T20 World Cup. However, nothing has been finalized yet. In such trying times, Dhiraj Malhotra, CEO of Delhi Capitals, has stated about the financial loss if the cash-rich tournament fails to happen this year.

‘BCCI is trying its best to host IPL 2020’: Dhiraj Malhotra

According to Malhotra, all are currently relooking at budgets and all are aware of the situation. At the moment, all are just hoping for the return of cricket. “One major advantage of cricket over football is that you don’t need many stadiums. Moreover, doubleheaders can also be played in cricket unlike football,” said Malhotra in an interaction with Quint.

Malhotra also revealed that BCCI is trying its best to host the tournament. If the T20 World Cup gets postponed, that might open the window for IPL 2020. “IPL could be played only in 30-35 days. However, along with the Indian government, BCCI will also have to communicate with foreign countries for overseas players,” said Malhotra.

Along with Malhotra, Rajasthan Royals COO Jake Lush McCrum also said that BCCI is trying its best to organize the league at some point this year.

“There are a lot of stories in the press, but what I can say based on our conversation with the BCCI is, they are working really hard to find a solution. They are an agile association and can make it happen. We are confident that IPL will happen this year,” Jake Lush McCrum said.

The positive cases of coronavirus in India have reached over 1 lakh and hence, there’s a strong possibility that IPL 2020 could be played behind closed doors if it happens. However, at the moment, all the players are observing the quarantine and are spending time with their families during the lockdown.