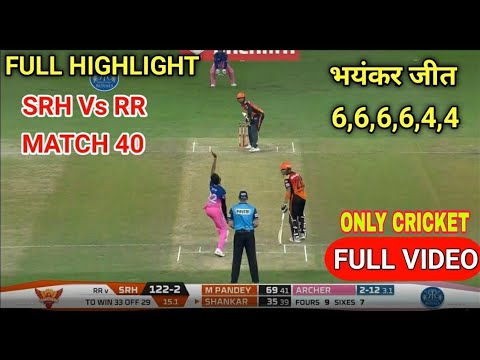 ABOUT CRICKET NEWS: The 40th match of the 13th season of the Indian Premier League was played between the Rajasthan Royals and Sunrisers Hyderabad on the Dubai ground.

In this match, Hyderabad captain David Warner won the toss and decided to bowl.

The target of 155 runs was won to win the match in front of Hyderabad, which the team achieved by losing 2 wickets in 18.1 overs on the back of unbeaten half-century innings of Manish Pandey and Vijay Shankar and won the match with 8 wickets.

Friends, do you think whether Rohitsharma, Dhoni, Suresh Raina and Hardik Pandya should return in the Indian team.