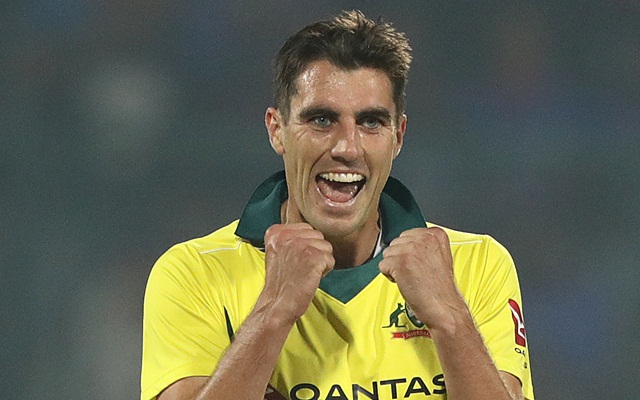 IPL 2020 was so important for international players because of upcoming T20 World Cup: Pat Cummins

Over the past couple of years, Pat Cummins has evolved to become one of the best speedsters across the world. This landed him a huge IPL contract this season. Kolkata Knight Riders bought him for INR 15.5 crore, a sum of money which no overseas player has fetched at the auction until this day.

Interestingly, the New South Wales pacer had previously appeared for the KKR franchise in the 2014 and 2015 season. He also had featured for Delhi Daredevils (now Delhi Capitals) in 2017.

In an interview, the pacer talked about him getting exposed to tough situations in the IPL and how it helped him to improve as a bowler. He admitted that playing the cash-rich league helped him gain a lot of experience as he was around some legends of the game.

You get to spend time with amazing cricketers during IPL: Pat Cummins

“In previous IPL stints I was in a position where I was bowling the last couple of overs in a situation where it could either win or lose the match and that’s just a huge experience, it just really fast-tracked me,” cricket.com.au quoted Cummins as saying.

“Rahul Dravid was my coach, I have played with Jacques Kallis, Wasim Akram was a bowling coach at Kolkata. You get to spend some time with amazing cricketers and get different insights and at the same time be put in some high-pressure situations. Each time I’ve played, I’ve felt like I’ve learnt a lot in those six or seven weeks,” Cummins added.

The 27-year-old fast-bowler then talked about the importance of playing the league for the players. He noted out that the IPL 2020 was more crucial because it was leading to the T20 World Cup.

“The reason it (IPL) was so important for so many players this year was leading into a T20 World Cup and even if that does get moved, it’s still going to be on at some stage. You look at what’s the best opportunity for your cricket and what you’re going to get the most out of,” Cummins said.

The T20 World Cup this year was supposed to start on October 18 in Australia. However, with the COVID-19 pandemic, there are chances that the tournament can be shifted to next year. The IPL 2020 meanwhile might be scheduled just before that time.