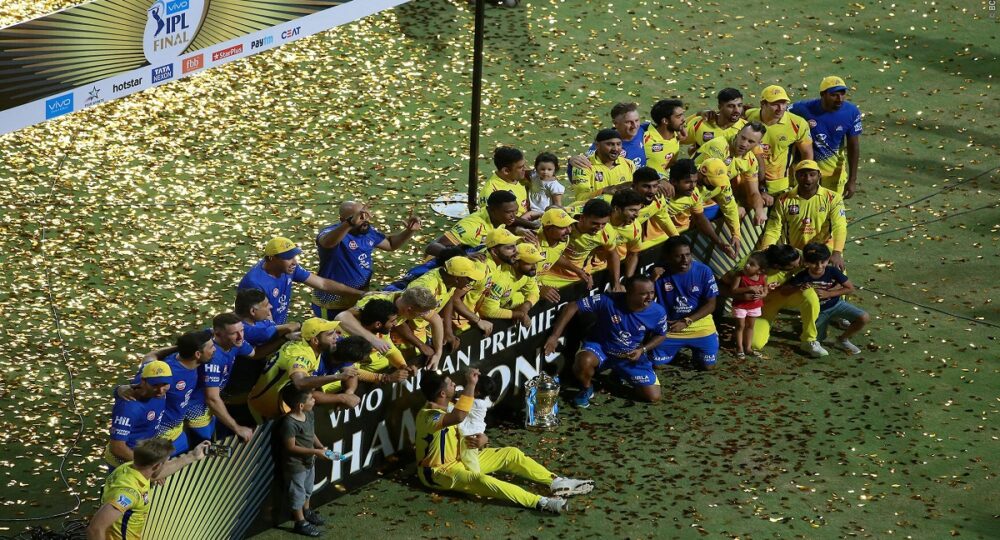 Chennai Super Kings (CSK) put up 192/3 in the IPL final vs Kolkata Knight Riders (KKR), KKR started well but wasn’t able to chase the target as middle order failed to hold the game.

Chennai Super Kings defeated KR by 27 runs to win the IPL title for the fourth time. Chennai had given a target of 193 runs to KKR to win the match in 20 overs. Chasing which KKR’s team could only score 165 runs in 20 overs. And Chennai captured IPL 2021.

In the chase, Shubman Gill creamed a four on the first legitimate delivery. Venkatesh Iyer then enjoyed a stroke of luck as MS Dhoni could not complete the catch in the second over.

The left-hander then took the attack to CSK bowlers, hitting three fours and a six by the end of the fourth over. The KKR opening pair continued their impressive run of form and powered the team to 55/0 after 6 overs.

While CSK looked to keep things tight, Iyer and Gill scored 16 runs in the 10th over – an over which saw Iyer completing his fourth fifty of the season and a spider-cam string coming to Gill’s rescue – to KKR to 88/0.

CSK then struck thrice in quick succession to change the course of the match. First, Shardul Thakur dismissed Venkatesh Iyer, courtesy a brilliant catch in the deep by Ravindra Jadeja, and Nitish Rana, thanks to a good low catch by du Plessis in the 11th over.

In the next over, Josh Hazlewood got Sunil Narine out as Jadeja took a fine catch near the ropes, helping CSK scalp three wickets for nine runs.

While Gill brought up a solid half-century, CSK continued to chip away as Deepak Chahar trapped the KKR right-hander before the wickets in the 14th over. Jadeja then bowled a double-wicket over, dismissing Dinesh Karthik and Shakib Al Hasan to push KKR on the backfoot.

Shardul picked his third wicket, dismissing Rahul Tripathi, while Hazlewood scalped his second wicket of the match as Chahar took a superb catch near the ropes to get Eoin Morgan out in the 17th over.

Although Shivam Mavi and Lockie Ferguson added 39 runs, it was too little too late as CSK went on to seal a fine win to clinch their fourth IPL title.