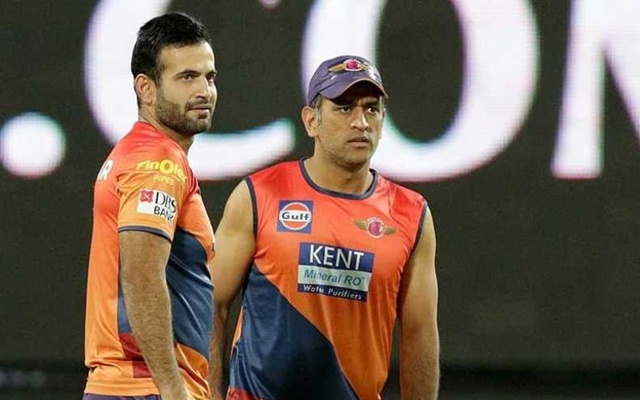 Chennai Super Kings had a disappointing IPL season this year as they became the first team to be eliminated from the tournament. They failed to make it to the playoffs for the first time in IPL history this year. The three-time champion lacked many facets as he showed on the field. However, the biggest relief for CSK fans came when MS Dhoni categorically stated that he would return to play for the team in the 2021 season.

The great Dhoni started playing competitive cricket after a gap of 14 long months. He struggled to perform with the bat, and his form drew much criticism. He could not score a single half-century in his bag and managed only 200 runs at a dismal strike-rate of 116.27 and an average of 25. In the same light, former Indian bowler Irfan Pathan opposed Dhoni’s struggles.

Pathan mentioned what MS Dhoni of 2011 would tell Dhoni of 2020. According to Southeastern, the 2011 season’s MSD would surely have asked the current Dhoni to perform better in the next season and come up with better fitness and form.

He said, ‘But if we talk about the next season, I was thinking of playing MS Dhoni for the entire season. Chennai Super Kings, 2010 or 2011 captain MS Dhoni What would the 2020 MS Dhoni say in this situation. He may have asked for better fitness and performance next year, and it is clear that he will do the same, that is expected, ”Irrfan said while speaking on Star Sports.

Pathan hoped that the CSK captain would make a great comeback next year. It is now very clear that Dhoni is going to return in the upcoming season. The captain is not ready to leave the team in a clash since the inaugural season.

That is definitely a big cause for excitement among fans after being asked whether it was his last match with CSK during the toss. He will be eagerly awaiting people next year.

Thank you MS Dhoni and Stephen Fleming for keeping the faith: Shane ...