✕
Copyright © CricEarth 2020.
Thursday, June 17
Home » News » Irfan Pathan told me that if I score big, I will be able to play for India: Abdul Samad 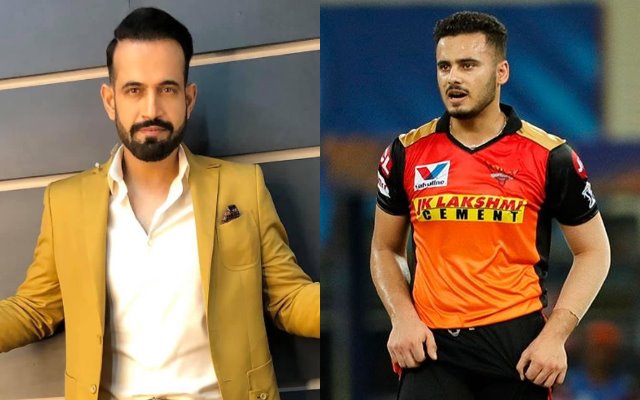 Irfan Pathan told me that if I score big, I will be able to play for India: Abdul Samad

Jammu and Kashmir’s promising all-rounder Abdul Samad has revealed the advice given to him by his former mentor Irfan Pathan. The youngster has revealed that Pathan told him that he can play for Team India if he shows the ability to play long innings. Samad showed his undisputed talent in IPL 2020, playing for Sunrisers Hyderabad.

Keeping up with his reputation of being a pinch hitter, Samad made some big shots in the tournament. He scored 111 runs for the franchise in eight innings and scored at an impressive strike rate of 170.76. He hit six sixes in the tournament, batting in the lower order. In the second qualifier, he took SRH against the Delhi Capitals by scoring 33 runs off almost 16 balls.

Abdul Samad about the impact on Irfan Pathan’s career:

In a video shared on SRH’s YouTube channel, Abdul Samad started his career so far. He recalled starting his journey in sports at the age of eight on the roads of Jammu and Kashmir. Samad also revealed that his father was also involved in sports and encouraged him to pursue the sport even though his mother wanted him to pay more attention to his academics.

He further opened up the influence of Irfan Pathan in his cricketing career. The former Indian all-rounder saw Samad as a 16-year-old in a test in Jammu in 2018. Pathan was impressed by Samad’s great skills. Recalling his time with the southpaw, Abdul Samad revealed his conversation with the former protector of Jammu and Kashmir.

“When we came back home after playing under-19 one-day, there was a camp where Irfan Bhai came. Irfan Bhai saw me batting, and he asked why I was not able to score big runs. I told him that I lacked a little patience. He then told me to hit but a little selective. He told me that if I am scoring big runs then I will be able to play for India one day.

Abdul Samad also shared his experience of the IPL trial. After making an impact in the domestic circuit, he was called for an IPL trial by SRH, Rajasthan Royals And Mumbai Indians. He eventually got his first IPL contract from the Hyderabad-based franchise.

Mark Taylor selected his Australia playing XI for the Test series against ...