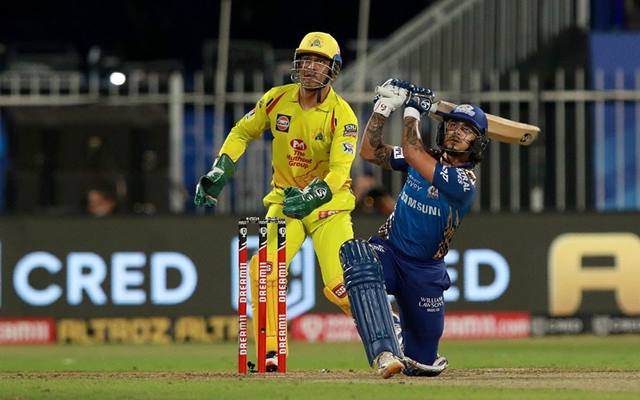 Former India chief selector MSK Prasad believes that Ishaan Kishan is a hot contender for Team India’s limited-overs wicketkeeper-batsman following his recently concluded performance. Ipl 2020. The 22-year-old starred with the bat and was instrumental in Mumbai Indians winning the title. Kishan enjoyed his most illustrious season of the IPL, as he showed his batting abilities once again.

Despite not being a part of the playing XI for the first two matches, he finished the season as the highest run-scorer for the Mumbai Indians ahead of the likes of Quinton de Kock, Rohit Sharma and in-form Suryakumar Yadav. Kishan finished the IPL 2020 with 145 at an average of 57.33 and 516 runs at a strike-rate of over 5.

Overall, he was the fifth highest run-scorer in IPL 2020 despite playing the fewest games among the top ten run-scorers this season. He also made a mark with his power-hitting. The Pocket Dynamite hit the most 30 sixes by any batsman in IPL 2020.

After Ishaan Kishan’s brilliant performance in IPL 2020, MSK Prasad praised the young player. The former India wicketkeeper, who was selected as the chief selector last year, was all praised for Kishan’s adaptability and temperament. He told how Kishan did well to lead the innings.

Kishan scored a match-winning half-century after being asked to open the innings in the event of an injury. Rohit Sharma. Prasad said that Kishan’s ‘ability to switch gears as per team requirements’ makes him a hot contender for the wicketkeeper-role for Team India.

“It is really fantastic to see this pocket dynamite. He did a brilliant IPL. Batting at No. 4 and opening the innings later, shows his adaptability and temperament. His ability to shift gears as per the team requirements will definitely give him a place in the coming years as a hot contender for the wicketkeeper-batsman slot for Team India in both T20 and ODIs, “Prasad as TOI Was quoted in

He said, “If he can take wickets well and bat in the same way as he did in IPL, then he will be a welcome team in the national team.”