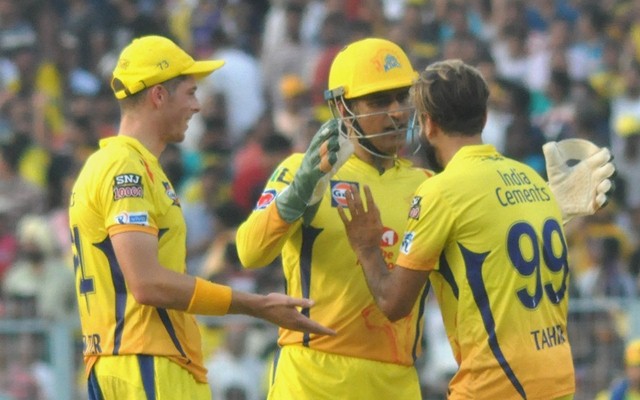 It will be another Syed Mushtaq Ali Trophy: CSK not keen on playing IPL 2020 without overseas players

Amid COVID-19 outbreak, BCCI had to postpone the 13th edition of the Indian Premier League for an indefinite period. Meanwhile, there are some voices that have opined that the tournament might take place in September-October window if the T20 World Cup in Australia gets postponed.

However, the availability of overseas players will be a big question. Rajasthan Royals, one of the franchises suggested an idea that the board can go ahead with only Indian players at least for this season. However, CSK has rejected that idea and said that it will be like playing Syed Mushtaq Ali Trophy without overseas stars.

IPL 2020 was scheduled to begin from March 29. But, BCCI postponed the tournament to mid-April. They thought that the conditions might improve with time. However, that was not the case as the Indian government enforced lockdown across the country. And eventually, the IPL governing council was left with no option but to keep IPL 2020 on hold for an indefinite period.

He recited the fact that at the moment, all the franchises can just hope that the 13th edition of the tournament takes place in the latter part of the year.

“CSK is not keen to do an IPL with only Indian players. That way it would be playing another Syed Mushtaq Ali Trophy (domestic T20 competition). The franchise has not been in touch with the BCCI of late as the situation is worsening. Let’s hope we can have the IPL later this year,” a CSK source said as quoted by The New Indian Express.

Chennai Super Kings is one of the most successful franchises in the history of Indian Premier League and is led by the former Indian skipper MS Dhoni. They hold the record for playing most finals of the tournament. Moreover, they have lifted the prestigious trophy thrice in 2010, 2011 and 2018.