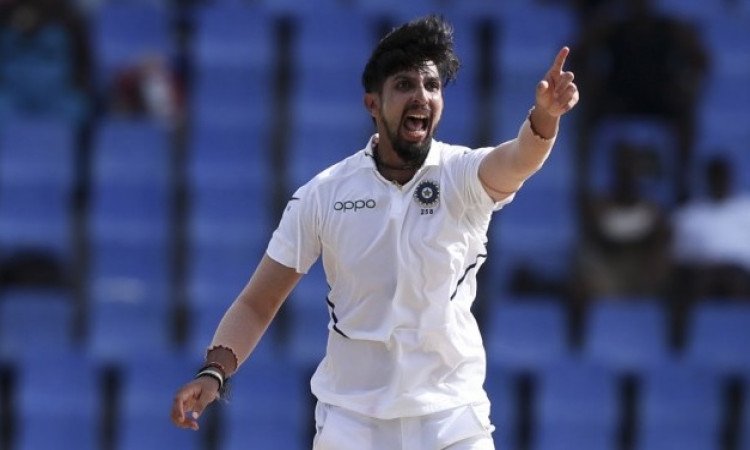 Ishant Sharma, the Indian fast bowler, feels that it will be tough for the bowlers to generate swing if they don’t shine the ball regularly.

In the wake of the coronavirus pandemic, the International Cricket Council (ICC) has banned the use of saliva. The match officials have been asked to give the players warnings after which a five-run penalty would be given to the batting team.

Ishant, who has been an integral part of India’s Test team, reckons that they need to find some alternatives. Though saliva has been banned, the bowlers would be able to use sweat as a substance. The Delhi-born speedster understands that not being able to shine the leather would make life easier for the batsmen.

It becomes really easy for the batsman, says Ishant Sharma

“I feel that the most important thing will be avoiding the use of saliva on the ball and refraining from shining the ball. We will have to take special precautions for this as we are used to shining the ball, especially the red ball,” Sharma was quoted as saying on Star Sports’ show Cricket Connected.

“If we don’t shine the red ball, it doesn’t swing and if it doesn’t swing then it becomes really easy for the batsman. I think the competition should be fair and not a batsman dominated game,” he added.

The ICC cricket committee, headed by the legendary Indian spinner Anil Kumble, put forth a number of recommendations. After looking into them, the ICC’s Chief Executive Committee (CEC) made approvals. Among them, the saliva issue was one.

“Players will not be permitted to use saliva to shine the ball. If a player does apply saliva to the ball, the umpires will manage the situation with some leniency during an initial period of adjustment for the players, but subsequent instances will result in the team receiving a warning,” the ICC said.

He was set to take part in the IPL, playing for the Delhi Capitals, but the tournament stands postponed indefinitely.