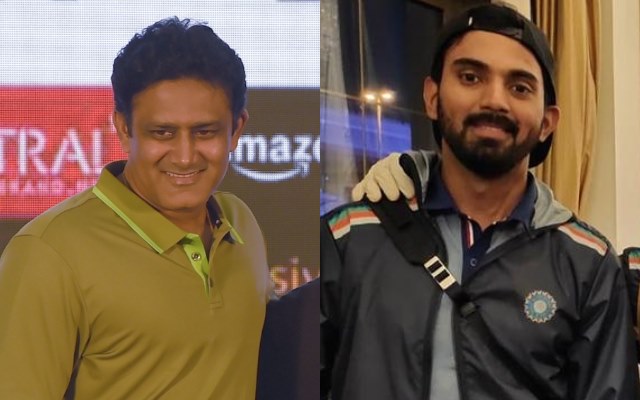 IPL franchise Kings XI Punjab (KXIP) is known to try a new combination of captain and coach in every season of IPL. However, this time the management has decided to stick with the pair of KL Rahul and Anil Kumble and work with them for a period of three years.

Punjab franchise co-owner Ness Wadia believes that in the upcoming auction, the franchise will be ready to fill the gaps in the team. They will mainly focus on adding a good death option as well as a reliable middle-order batsman. Ness was also disappointed by the poor performances of international players including Glenn Maxwell and Sheldon cottrell.

“This is a new captain, a new team with a lot of new faces, sometimes it clicks and sometimes it doesn’t. This auction is going to start soon and we would like to see the gaps in the middle order and our bowling. “The international players did not perform at the required level,” Wadia quoted News18 as saying.

On speculation about changing captain and coach, he clarified that he has a three-year plan with Kumble and will try to be stronger next year. He praised Captain Rahul for being the backbone of KXIP.

“We have a three-year strategy with Anil. We regained this season and finished sixth and lost (play-off spots) by just one game. KL has been with us for three years and there was a reason why we followed him so aggressively. He has proved us right. It is hard for the top order when your middle order is not performing. “

Gayle has demonstrated that he should play every game next season: Ness Wadia

Wadia further said that KXIP has got a good place as batsmen. KL Rahul, Mayank Agarwal, Nicholas Puran, Chris Gayle and fast bowler Mohammed Shami. He also praised Rahul for his captaincy as well as the brilliant performances of youngsters Arshadip Singh and Ravi Bishnoi.

He said, “The good thing is that we now have an established core (Rahul, Aggarwal, Puran, Gayle and Shami) and we need to plug gaps which are quite clear (middle-order and death bowling). KXIP The record of making many changes in captaincy and coaching is something that we want to correct.

“Rahul performed very well and gained confidence with each game. We are lucky for that. Shami has also been superb and has performed brilliantly in the T20 format. Puran and youngsters Ravi Bishnoi and Arshadip Singh also performed well, ”he added.

KXIP had players like T. Natarajan, Varun Chakraborty And Sam Curran in his team at one time. This season all the players performed well for their franchise Sunrisers Hyderabad, Kolkata Knight Riders and Chennai Super Kings. Speaking about the same, Wadia said, “Think if we had those players, then Sam Curran (CSK) too but all this again.

Ness also explained the future of Chris Gayle at KXIP. Gayle did not play in the first seven matches, but in the final seven he scored 288 runs at an average of 41.14, with 99 being his highest score. “The team management did what was best for the team. It is important to return experienced players and Gayle has demonstrated that they should play every game next season, ”said the franchise co-owner

Kapil Dev recalls an incident when Bishan Singh Bedi sent him as ...

Ricky Ponting reveals his choice of openers for the Test series against ...