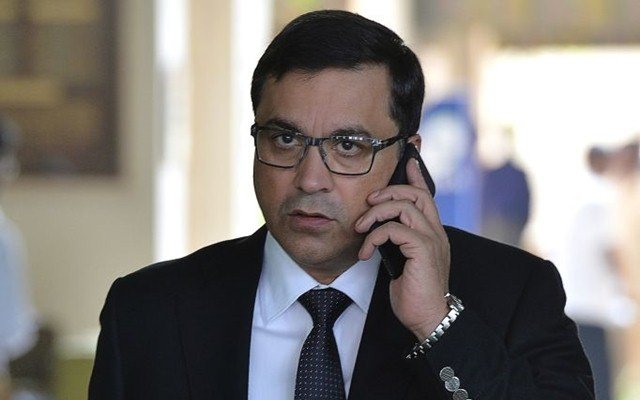 The BCCI CEO, Rahul Johri has come out with joyful news for the cricketing fraternity and fans. He has stated that the board is planning to organise IPL 2020 post the rainy season. But he also feels that there is a number of roadblocks in their way going into the future.

The sporting industry including cricket is dealt with a major blow amid COVID-19 outbreak. There is a long list of tournaments and series that has been postponed due to the same. This step was taken by the cricket associations to protect every player from the novel virus that has taken more than 3 lakh lives across the globe. However, now the situation seems to be coming back to normal. Interestingly, sports is also finding its way back to normalcy.

It is well known that the BCCI is eager to organise the cash-rich league. And, if that doesn’t happen then they will suffer a financial loss of Rs 4000 Crore. Now, they have got a ray of hope in the form of October-November window in which T20 World Cup is scheduled to begin. But there are reports that ICC wants to postpone the marquee event.

BCCI CEO hopeful of the situation improving after the monsoon

Rahul Johri, BCCI CEO, said that it will not be an easy task to sort the T20 tournament in October-November. He added that after transportation across countries resumes then every player has to quarantine himself after travelling to any other nation. As per him, it will play an important role in the schedules. But BCCI is optimistic to successfully achieve its target.

“When flights resume, everyone has to quarantine themselves before playing. We will have to look at how that will impact the schedules, which as it is are tight. Imagine you have to factor in 14-day quarantine prior to practice also. So, there are a lot of moving parts. But we are still optimistic. Hopefully, the situation will improve after the monsoon, and we will approach it then,” he was quoted as saying by Times of India.

Johri also confidently mentioned that cricket will be at the forefront of the recovery process but patience will be the key as well. He also pointed out that a lot more fans watched the IPL compared to those who voted in the elections last year.

“More people watched the IPL last year than those who voted for general elections. For sponsors, cricket is a leader and it will lead the way. The recovery will be sharper than a V-shaped recovery. It will be a step-by-step process. We can’t expect normalization tomorrow,” the BCCI CEO further added.