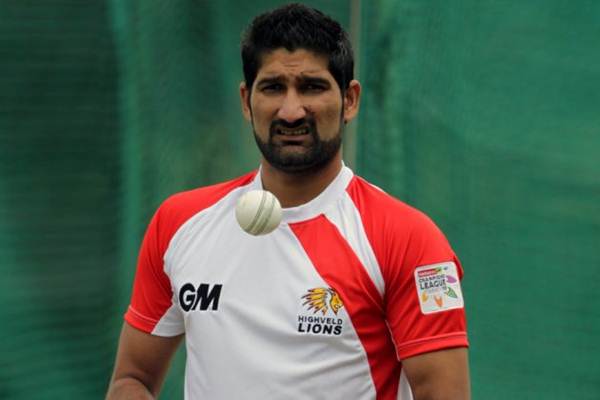 Pakistan fast bowler Sohail Tanvir, who is a squad member of the Candy Tuskers franchise, has now become the second person to test positive for COVID-19 after reaching Sri Lanka for Sri Lanka. LPL. Canadian batsman Ravindrapal Singh, who was sacked by the Colombo Kings, tested positive for the novel virus earlier today. Both players are isolated from the rest of the team in a separate hotel and kept under observation.

A detailed summary of Tanveer’s health is given just after Tuskers head coach Hassan Tillakaratne arrived. The team is looking for a replacement immediately, and negotiations with franchise owners continue. “We have to talk to the franchise owners and find someone to replace Tanveer,” Tilakratne was quoted as saying by ESPNcricinfo.

Sohail Tanveer was ready for the Tuskers as a replacement.

Pacer is not believed to have close contact with the rest of the team’s players, and the rest of the tuskers will go as they planned. Tanveer was a replacement player for the Tuskers for Wahab Riaz and Liam Plunkett as their foreign stars. Both were already eliminated from the tournament. When batsman Singh was detected COVID-19, players were being investigated who traveled in the same bus or flight.

Andre Russell and others were with him in the same, but fortunately, they have not been affected according to his health status LPL Organizers.

“[Singh] Sent to another hotel in the area for treatment, which is set up like a hospital. He is not in the same hotel as the others, and they are all in his bubble. Others will train and prepare for the tournament as usual, ”said Anil Mohan, CEO of IPG Group Company, which is hosting the Lanka Premier League.

Both players’ participation in the league is not subject to their health status and statements from medical officials. However, both will sit out for at least two weeks. The current conditions are only adding to the challenges of LPL which were already dealing with many difficulties corresponding to its beginnings.